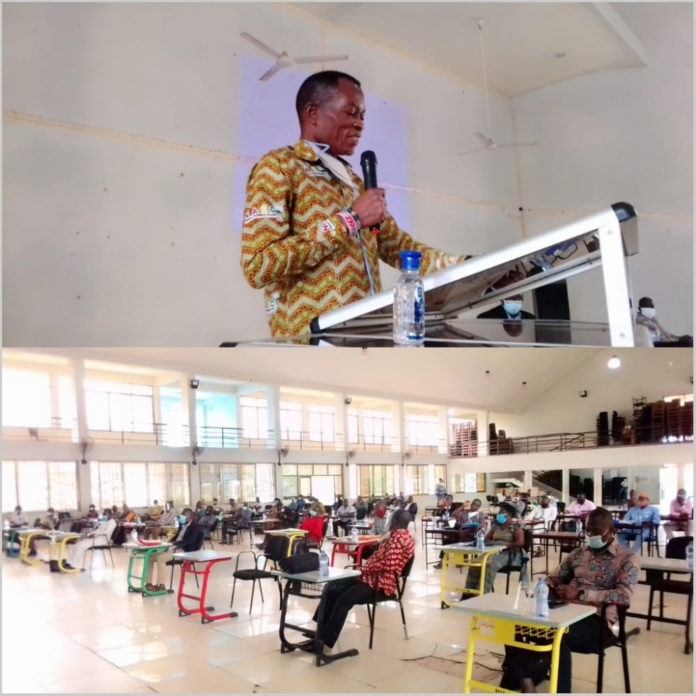 He said the work of an Assembly member did not only rely on educational attainment, but also the use of individual skills to help develop the Assemblies.

Rev. Avuletey said elected members had greater responsibilities to perform in their various electoral areas by engaging stakeholders in the community, knowing their problems and trying to find solutions to them.

The Deputy Regional Minister speaking at the 2020 Orientation programme for members of Metropolitan, Municipal and District Assemblies (MMDAs) in Hohoe said government appointees had to assist and push government agenda and policies and make sure governance was on course.

He said members as key partners in the local governance system, must meet and contact their electorate and present views and problems from the electorate to the Assembly.

Rev. Avuletey called on them to fully participate at Sub-Committee or Executive Committee levels in the Assembly and also take part in communal works in their areas and continue to adhere to all COVID-19 safety protocols to help in the fight to curb the spread of the disease.

A total of 58 Assembly members from the Hohoe Municipal and South Dayi District Assemblies participated in the two-day orientation programme.

He said the training would enable the members to sharpen their individual skills in delivering results as expected of them and entreated all members to participate and develop their electoral areas and the Assemblies.

Mr. Kofi Agama, a facilitator told the Ghana News Agency (GNA) that the programme was to re-orient both new and retained Assembly members including; government appointees on the job they had at hand and the various skills each member had to offer for the development of their electoral areas.

Mr Agama said the Assemblies were relevant and must be guided adding that members acted as links between the Assembly and their communities and it was expected that at the end of the programme, they would be able to understand the works anticipated of them and be up to the challenges.

Mr. Joseph Chris Dzumador, Presiding Member of the Hohoe Municipal Assembly, on behalf of the participants pledged their full cooperation during the programme adding that the programme would help them in carrying out their duties.