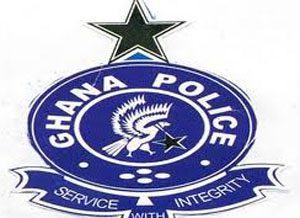 Mr Charles Kobina Amos, Incumbent Assembly Member, Padmore Electoral Area, has called on the Tema Police the Metropolis to clamp down on activities of weed smokers.

He asserted that over time, criminal activities were gaining grounds as a result of the indiscriminate us of the illegal substance.

The Assembly Member who was speaking in an interview with the Ghana News Agency (GNA) said “these smokers previously used to go to some schools in the area to smoke openly and this is a serious concern which needs the intervention of the Police .”

However, he explained that with the help of some local opinion leaders, the smokers had covertly resorted to the use of uncompleted buildings as safe havens to carry out their activities.

He said security was a share and collective responsibility, adding that plans were far advanced to collaborate with the Police and other security agencies to nip the phenomenon in the bud and secure the community.

Mr Amos further indicated that dealing with the activities of wee smokers in the area was his priority, emphasizing that a lot of areas in the Padmore Electoral Area and parts of Tema were generally unsafe.