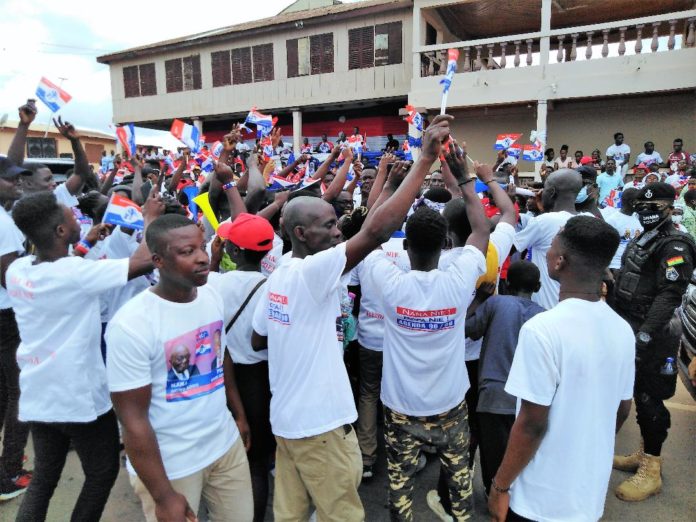 Political watchers and social media commentators in Sunyani have said the outcome of the Assin North bye-election would determine the ‘popularity’ of the New Patriotic Party (NPP) government.

A Cape Coast High Court at its sitting on Wednesday ordered a fresh election to be conducted in the constituency after restraining James Gyekye Quayson, the Member of Parliament (MP) from holding himself as an MP for the Area.

In its ruling, the court presided by Justice Kwasi Boakye, declared the election of the MP as illegal and void in contravention of article 94 (2) of the 1992 constitution.

This is because Mr Quayson, the National Democratic Congress (NDC) Election 2020 Parliamentary Candidate held allegiance to the Canadian government as at the time he filed his nomination to contest the seat for the 2020 general election.

But, speaking in a random interview with the Ghana News Agency (GNA) in Sunyani, the political commentators described the bye-election as a ‘test case’ to assess the ‘strength and popularity of the NPP government.

They described the current economic and unemployment situation in the country as woeful and attributed it to the outbreak of the Corona Virus Disease (COVID-19) that had slowed down the nation’s economic progress and affected the growth of many private enterprises.

Though they could not directly push the blame on the government, the commentators said they believed the Assin North bye-election would be a benchmark to assess the performance of the government.

“Some of us understand the huge toll COVID-19 had had on the economy but we also believe there are more avenues for the government to do more to salvage the economy.

“Directly I would be biased to blame the government for now, but I believe the by-election would be an index for Ghanaians to measure the strength of the NPP in the political space”, Mr Evans Amponsah, a political analyst stated.

Mr Yaw Dabie Appiah Mensah, also a political analyst noted the government had made significant achievements towards national development amid the COVID-19.
He, however, expressed worry some political parties were aware of the economic consequences the COVID-19 had had on the nation but had capitalized on that to make the government unpopular in the eyes of Ghanaians instead of them to contribute their quota towards reviving the economy and creating more jobs for the youth.

“This agenda would not work for them because the populace understands and has seen what we are doing to restructure the economy. From all indications we are going to win and regain the Assin North Constituency seat”, Mr. Mensah, a former NPP Regional organiser stated.

“We are grateful to the high court for interpreting the law. We believe in the rule of law and we expect that the Electoral Commission and Ghanaians, in general, would respect the ruling of the Court and nothing else”, Mr. Seth Asare Bediako, the Bono Regional Communication Director of the NPP stated.