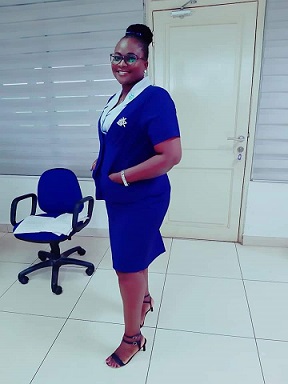 The Assin South District Assembly on Wednesday, failed to endorse the President’s nominee, Madam Felicia Amissah as the new District Chief Executive (DCE) of the area.

The nominee pulled 21 votes of the 36 total votes cast by the Assembly with 12 ‘no’ votes and three rejected ballots and therefore failed to obtain the required two-thirds majority to get the nod.

Mrs. Justina Marigold Assan, Central Regional Minister, had earlier reiterated government’s efforts to improve infrastructural development in the country and urged them to accept the nominee to support that cause.

She called on the members to unite to foster development in the district to enhance the standard of living of the people.

Mrs Assan, after the exercise, expressed optimism that the Members would have a change of mind and endorse the nominee in the supreme interest of the people, during the second round of voting which would be done after ten days.

Reverend John Ntim Fordjor, Member of Parliament (MP) for Assin South Constituency, pleaded with the Assembly members to be committed to the development of Assinman and do the needful.

The President’s nominee, he indicated would ensure that all government policies were well coordinated in the District to boost the local economy and accelerate development.

Mr. Daniel Dela, the District Electoral Officer of the Electoral Commission (EC), said, the next voting day would be carried out within 10 days.

Among those present were, Mr Robert Kutin, the Regional Chairman of the New Patriotic Party (NPP) and Mr Fiifi Baako, the Municipal Chief Executive (MCE) for Assin Central.

Planting of trees must be our civic responsibility – Lambussie DCE

Planting and protection of trees is our civic responsibility – DCE