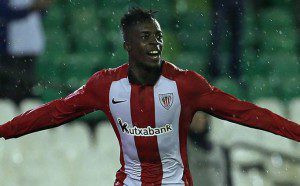 The 21-year-old has been a subject of intense transfer war between several Premier League clubs including Manchester Citi, Liverpool as well as North London rivals Arsenal and Tottenham.

The youngster, who has scored 10 goals from a wide position, is hugely rated in Spain.

Athletic Bilbao have moved quickly to tie him down by signing a deal which will keep him at the club until 2021.

The new deal could shut the interest of clubs interested in the Spanish Under-21 star.

Atletico and Real Madrid were also rumoured to be interested in the new sensation.