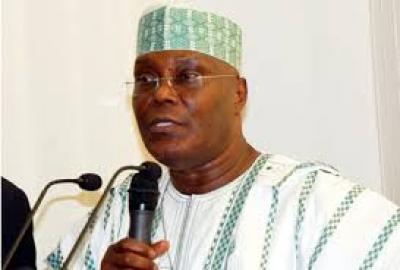 Former Vice president and a presidential aspirant of All Progressive congress (APC), Alhaji Atiku Abubakar, has ruled out the possibility of determining the party?s presidential flag bearer by consensus.
Atiku told newsmen in Bauchi on Sunday that it was ?too late? to select a candidate among the aspirants, by consensus.
?It is too late for the party to think of holding a consensus forum for its presidential aspirants but rather, it should conduct a delegate conference where we will fight it out,? said Abubakar.
According to him, it is one of the tenets of best practices in democracy for candidates to be allowed to test their popularity.
Commenting on his relationship with the former president of the country, Chief Olusegun Obasanjo, Abubakar said that they related very well.
?In spite of my disagreement with Obasanjo on political ground, there is personal cordial relationship between us; I visited him last week at his Ota Farm,? he said.