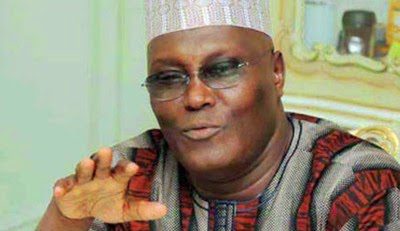 Atiku has once again denied stories making the rounds that he?s leaving APC.

Former Vice President, Atiku Abubakar has denied reports suggesting that he is planning to leave the opposition All Progressives Congress (APC) if he fails to get the party?s nod to fly the its flag in next year?s Presidential election.

Atiku, who is a frontrunner among the individuals positioning themselves to get the party?s nod, released a statement on Tuesday in Abuja saying the rumours were the handiwork on troublemakers.

He said he had traced the person behind the rumour to an unnamed member of the APC from the North-East zone, who he said was working for another presidential aspirant from the opposition party.

The statement said, ?This information is not only egregiously false, but our investigations have traced it to a senior APC member from the North-East zone, who is working to further the presidential ambitions of another aspirant within the party.

?He is also known to be working with certain elements in the Peoples Democratic Party.

?Sadly, The Atiku Media Office has over the past few months had to issue a number of rejoinders against falsehoods published by the newspapers.

?We, hereby, advise the public to completely disregard any information about Atiku Abubakar on this matter.?

Atiku said he believes in the ability of the APC to bring about change if it wins the elections next year urging the media to be factual and accurate in their reports.