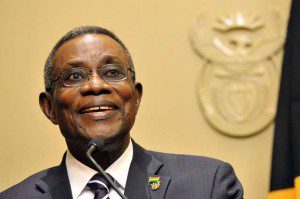 The Governing Board of the Professor John Evans Atta Mills Memorial Heritage will on Wednesday, June 29, hold series of commemorative lectures to mark the 10th anniversary of the demise of late Prof Mills, the third President of the Fourth Republic of Ghana.

The lectures would celebrate the late Prof Mills as an academic and an intellectual who exhibited brevity to venture into the political stairway and kept himself together.

The programme would bring together scores of dignitaries from the academia, traditional and religious leaders, students and political stalwarts from the political divide in the Central and Western Regions.

It would be held on the theme: “The Man John Evans Atta Mills – 10 years on” at the New Examination Centre at the University of Cape Coast (UCC).

Prof Kwesi Aning, Director of the Faculty of Academic Affairs and Research at the Kofi Annan International Peacekeeping Training Centre would deliver the keynote address.

Briefing the media on the programme, Prof Dora Francisca Edu-Buandoh, Chairperson for the Local Organising Committee described late Prof Mills as an oasis of peace, whose demise unified the country irrespective of one’s political persuasion.

“It has been 10 years and history has taught us not to forget the values and charitable deeds of people who lived with us.”

“Their lives remind us to hold firmly to our common collective values as a person and encourage us to lead the younger generations to do same,” she said.

The late Prof Mills according to her, was an illustrious son, an educator, an academic, a sports man, a patriot, and a peace-loving Ghanaian.

The heaven of peace he created in Ghana, she said, could not go unnoticed as it brought benevolence and commendation from entities and countries.

“It is for these qualities of leadership he exhibited and the legacy of his personality that the Prof Mills Memorial Heritage has been established.

“It will continue to immortalize the late Prof’s persona, time on earth, and legacy as one of Ghana’s most reputable Presidents.

Late President Mills died on Tuesday, July 2012 while he was in office throwing the entire country into shock and grief.