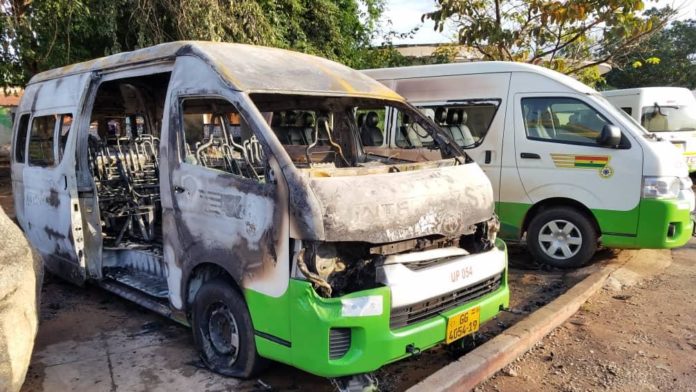 The Institute for Peace and Governance (IPEG) has diagnosed the activities of the Western Togoland Study Group (WTL) and said it was likely attacks on state installations could increase.

“There is most likely to be an increase in the number of such attacks.”

It said “The attacks will most probably be centered on state infrastructure/installations as well as property, with minimal deaths and injuries.”

This was in a statement issued by IPEG, and signed by Mr Justin Bayor, Programme Director, and copied to the Ghana News Agency in Tamale on Friday.

The statement, analysed separatist activities of the WTL and the rise of domestic terrorism, said “These attacks may be concentrated on installations within Western Togoland in the beginning.”

It added that “The activities of the secessionist group will eventually graduate with time into violent activities with mass destruction and mass murder as the object within Western Togoland.”

It said the violent activities of the secessionist would then assume dimensions to cover other parts of the country, beyond Western Togoland territory adding “Finally, the group will request for and receive external support from like-minded non-state actors.”

The institute projected that the motive of the separatist group at this point might be diagnosed as being transformative in character.

It added that “Secondly, they will gradually intensify their violent attacks on state infrastructure and property with minimal deaths and injuries and subsequently, they will progressively move into the arena of mass murders and destructions within Ghana.”

“We, therefore, conclude that we may be witnessing the development of a domestic terrorist group(s) in the future,” it added.

The statement recommended that “The State employ her resources to ramp-up her intelligence gathering capabilities, key to repulsing them, to prevent the secessionist group from reaching its projected evolvement.”

It said “The State harnesses its influence, authority and capabilities, irrespective of election 2020 and whichever government is in power, to deal mercilessly with all persons identified as being directly involved in the activities of this group(s) because they are in the process of changing to domestic terrorists.”

It said the State should project force and might in her response to re-assure citizens of her ability and capacity to deal with the situation, adding, “This will halt the civilian population from taking up arms to defend themselves against this group(s).”

It called on “Neutral non-state actors such as CSOs to endeavour to engage the separatist group(s) behind the scenes to identify their interests and needs in order to furnish the State with necessary alternative actions to address their needs and interests, but not their position on secession.”

The IPEG is a think-tank that undertakes research into peace and security matters in order to inform policy directions.