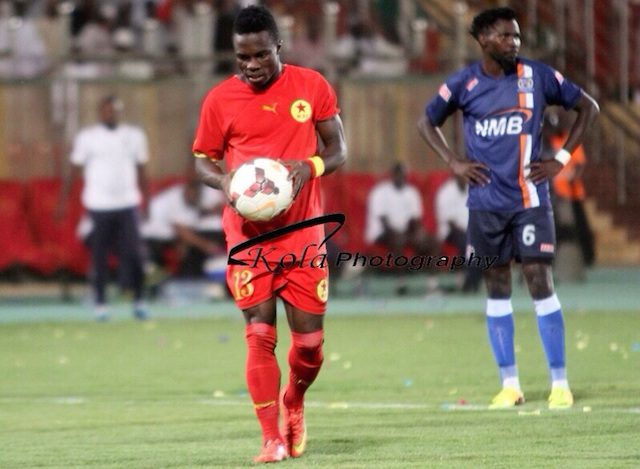 The 2013/14 Ghana Premier League MVP, has scored 8 goals in the league, the same as teammate and last year?s top scorer Abdo Gabir.

Despite battling injury at the start to the season, the former Bechem United also has 6 assists and several MVP awards this season.

He also starred in the Champions League for Merreikh who are on the verge of setting up an all-Sudan semifinal with domestic rival Al Hilal.

The 21-year old is now regarded as arguably the best player in the Sudanese Premier League.

Okrah has been in devastating form since recovering  from a groin injury that kept him away for five months in 2014.

He was officially the best player in Merreikh?s pre-season games.