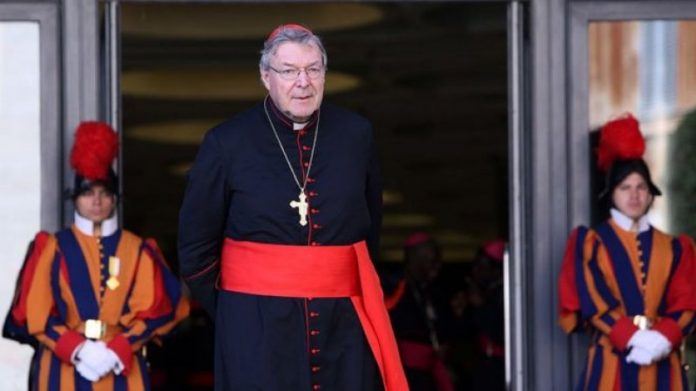 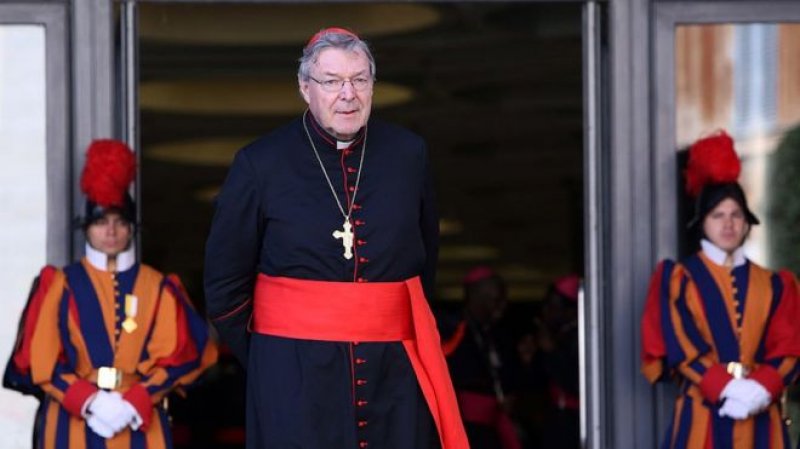 Details of alleged incidents have been broadcast by the country’s public broadcaster, ABC television.

Police in Victoria state have confirmed they are investigating several allegations against the cardinal.

Cardinal Pell’s office says he “unequivocally rejects any allegations of sexual abuse against him”.

Two men, now aged in their forties, from Cardinal Pell’s home town of Ballarat said he had touched them inappropriately in the 1970s by grasping them around the groin to throw them into the air while swimming.

In a separate incident alleged to have taken place in the 1980s, a man said he had found it “very odd” to find the cardinal standing naked in front of three boys in the changing rooms at a local surf club.

The Australian Broadcasting Corporation (ABC) reported another complaint from the 1990s involving two teenage choirboys. One of the complainants has since died, the ABC said, but no details were provided.

Cardinal Pell declined to be interviewed and said he had never abused anyone.

His office said in a statement: “Claims that he has sexually abused anyone, in any place, at any time in his life are totally untrue and completely wrong.”

The ABC said the information contained in its report had not been leaked by police.

“The report was the result of our own on-the-ground journalism over the course of months, which included finding people who would be willing to talk to us on camera,” the statement read.
Police investigation

Victoria Police chief Graham Ashton said it was clear from the ABC report that “the source of that information was from the [alleged] victims”.

“Anyone that saw the show last night, the victims, you could see their emotion, they are traumatised from what they are saying has happened to them, and are talking to the media about that.”

In February, Cardinal Pell gave evidence to an Australian royal commission about whether he knew paedophiles were active in churches under his watch.

He was a priest in Ballarat and lived in a seminary with a notorious paedophile priest, Gerald Ridsdale, in the early 1970s.

Cardinal Pell, who was not accused of sexual abuse, denied knowing about paedophile priests being active in the Ballarat diocese.

“The Church has made enormous mistakes and is working to remedy those but the Church in many places, certainly in Australia, has mucked things up, has let people down,” he said.