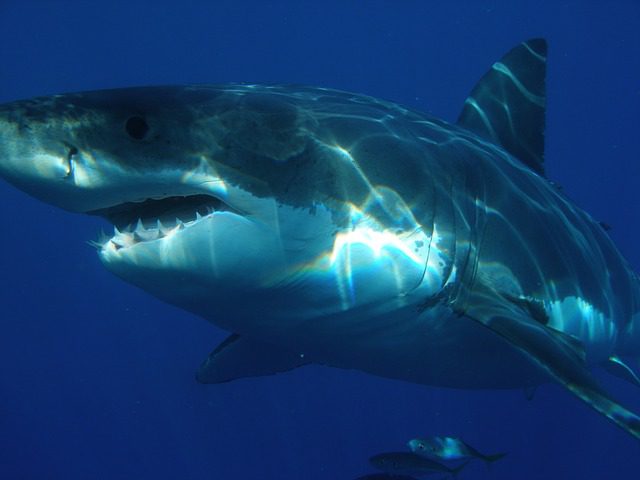 Despite having some of the world’s most shark-infested waters, for the past several decades the chance of getting killed by a shark in Australia was slim to none.

In 2020, those odds took an unlucky turn. So far this year, Australia has tallied eight deadly shark attacks. For around 50 years there has been on average one per year, and in 2019 there were zero.

“We haven’t seen this many shark bites in Australia resulting in a fatality since 1934,” Taronga Zoo’s shark expert Phoebe Meagher told dpa.

Meagher admitted that “this may scare people to hear,” but assured there is no need to start fearing the looming shadow of a great white looking for its next prey.

“Looking back at the last decade it’s pretty much average. The number of unprovoked attacks all sit in the 15 to 25 range,” Meagher says.

There have been 20 unprovoked attacks recorded so far this year. There were 17 recorded in 2019.

whites – the world’s largest flesh-eating sharks – which are most commonly involved in fatal incidents.

So far it says there is “no definitive way” to determine whether the deadly change of tide is due to a consistent shift in shark behaviour or simply random chance. “It’s pretty freaky,” Culum Brown, a marine biology professor at Sydney’s Macquarie University said.

“Everyone has been thinking ‘oh, no! Oh, no! The sharks are going crazy,’ but as

Phoebe rightly points out the number of attacks has remained more or less the same for the last 10 to 20 years.”

He added that last year “we just got out of jail free several times,” with emergency teams on-hand to immediately treat attack victims.

“There are really only two factors that matter when a shark bites you: where it bites

you and how quickly you can get help. This year I think it’s safe to say that we’ve just

been very unlucky in both respects,” Brown says.

Unprovoked attacks are generally attributed to mistaken identity. “Humans are not a normal part of a shark’s diet,” Meagher says.

“When sharks bite humans they usually only take one bite and then go away. If they were really interested in us they would come back, have a few more chomps, and completely devour us.”

From 1791 to 2019, there were only 37 recorded cases in Australia of a human being partially or totally consumed, or the body was not recovered and suspected of being devoured, by a shark.

“Sharks get a bad rap. They’re tied up in this monster imagery from films like “Jaws” but in fact they’re not,” Meagher added.

“There are thousands of sharks in the water and very few bites. This should bring people comfort. You’re more likely to die drowning at our beaches.”

This year’s fatal attacks have occurred along both the country’s west and north-eastern coastlines, which shows “there can’t really be a single factor,” according to Robert

Harcourt, a shark behaviour researcher at Macquarie University. The most recent was a surfer in Western Australia in late November. The victim was recovered from the water, but pronounced dead at the scene.

Speaking to dpa as he was about to go for a surf, Harcourt said he is not worried about the increase in deadly attacks, sharing his colleague and Meagher’s opinion that “it’s just bad luck.”

“Sharks love big fat bloody fish like Australian salmon. And when I say bloody, I mean

they’re full of blood. They migrate up and down the east coast and huddle in bays where sharks come in to feed on them,” Harcourt says.

“The biggest rule of thumb is don’t go swimming in the areas that they’re likely to be feeding.”

He also said time of day plays a major role, warning against surfing at dawn or dusk. Australian beaches have shark safety systems in place, including netting that spans

hundreds of metres to protect swimmers. Patrol helicopters and drones are also used to monitor shark activity.
Brown said there are certain areas where attacks are more common, suggesting that if

people are worried they should simply swim at a different beach.It is about changing human behaviour not blaming
the sharks, he stressed.

“There’s one last thing I try to draw people’s attention to: If you go to northern Queensland or the Northern Territory and there’s a river full of hungry crocodiles you don’t keep swimming in the river,” he says. “If someone was attacked in that situation, you’d blame the tourists not the crocs – and it’s usually always a German tourist too.”