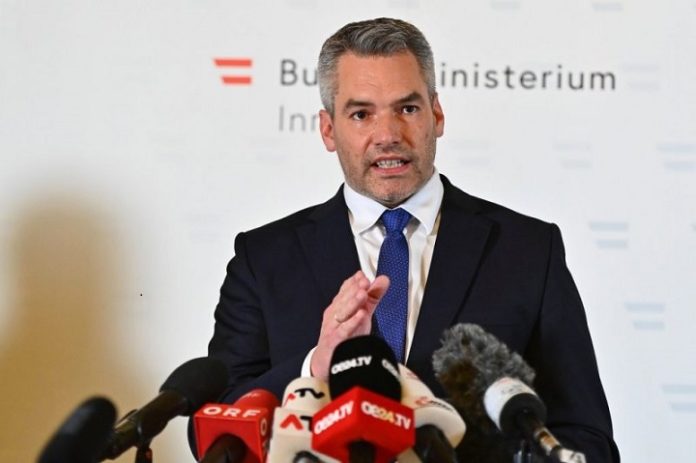 Police said three bystanders were killed – two men and a woman – as well as an attacker who was shot dead by police.

The attacker was a sympathizer of the extremist militia group Islamic State, Nehammer said at a press conference.
He was armed with an assault rifle and also wore a dummy explosive belt. He apparently wanted to cause panic, Nehammer added.

Police had earlier said several suspects armed with rifles began shooting in Seitenstettengasse, a street in central Vienna, at around 8 pm (1900 GMT) and that shots were fired in six different locations. Nehammer had earlier said at least one suspect was still at large.

His home was searched for incriminating material. Vienna has 1,000 police officers deployed in the city, and investigations are in full swing. The public should still avoid the city centre, authorities said.

“We cannot rule out right now that there might be other perpetrators,” Nehammer said. 15 people were injured, including a severely wounded police officer.