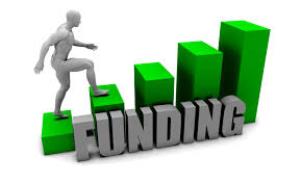 Non-bank financial institutions regulator in Botswana have applied for a court order to liquidate one of the country’s fund managers.

Boa Chombah, head of Communications and International Affairs at the Non-Bank Financial Institutions Regulatory Authority (NBFIRA), said the authority has acted on the statutory manager’s recommendations and filed an application at the High Court, seeking an order to liquidate the BFM.

The BFM was licensed by the authority in 2016 to operate as a Collective Investment Undertaking within the capital markets industry, having satisfied the licensing and legislative requirements.

However, supervisory activities by the NBFIRA in May 2019 found that the BFM was not fully compliant with relevant financial services laws.

Chombah said it was discovered that the BFM channeled the majority of investor funds into one of its related companies, Prime Employee Benefits.

In addition, Chombah said the BFM’s audited financial statements of February 2018 revealed that the company was insolvent as liabilities exceeded assets and the authority requested the BFM to recapitalize accordingly.

BFM did recapitalize shortly thereafter, however, a subsequent on-site inspection by the authority revealed that BFM had not recapitalized appropriately.

“Failure by the management of BFM to satisfactorily and timeously rectify the areas of noncompliance observed, despite repeated engagements, led the authority to place it under temporary closure from January to April 2020 and then subsequently under statutory management from April 2020 to date,” said Chombah.

Meanwhile, the authorities have assured BFM clients that a liquidator has the legal authority to take a number of steps to recoup funds on behalf of the BFM’s creditors.

Over the years, statistics have indicated that the retirement funds assets continued to be a significant contributor to the non-bank financial institutions sector.