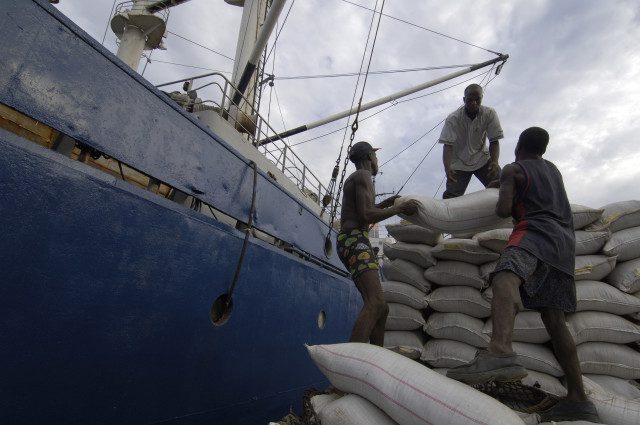 Mr Samuel Ofosu Ampofo, Board Chairman of the Ghana Ports and Harbours Authority (GPHA) has called on Port Authorities in Africa to hasten slowly in automating their operations.

Mr Ampofo said 100 per cent automation of Ports activities in Africa would lead to increase in unemployment.

He indicated that Africa has a huge problem with unemployment and such automation would worsen the challenge.

He made the call on Wednesday during the opening ceremony of the ninth general meeting of the Canaries (Africa Regional Chapter) of the International Cargo Handling Coordination Association (ICHCA).

The GPHA Board Chair added that in as much as automation was part of technological development, it should be done gradually in order not to worsen unemployment and its related vices in society.

He stated that a recent visit to some fully automated ports opened his eyes to the negative effect of full automation as activities in container terminals of such ports were mainly handled by machines with only two or three persons operating them.

He said even though automation would take place at the country’s sea ports, manual jobs would be preserve for the youth as it would be done gradually.

Mr Ampofo urged delegates from the 15 countries participating in the two days meeting to collaborate and share timely information on security at the ports, especially how to combat the activities of pirates.

He said until the environment is secured, investors would be apprehensive in investing in countries that have a high piracy rate.

Mr Richard Brough, President of ICHCA International, stated that out of about 37 million containers moving to various ports in the world, only one per cent comes to Africa.

Mr Brough noted that it shows that there is an enormous opportunity for ports in Africa to expand to attract and accommodate more of such containers.

He however reminded participants that taking advantage of the situation comes with some challenges including the need for infrastructural expansion among others.

Mr Jacob Adorkor, Director of the Tema Port, said expansions works at the Port was geared towards increasing the number of vessels that use the port.

Mr Adorkor also stated that a number of measures were being put in place to address congestion and indiscriminate parking of cargo trucks in and around the Tema Port.

Some of the measures, he noted included the construction of a truck park to relocate all trucks to and call them in turns to load.

He added that talks were underway with the Ghana Railway Company and other stakeholders to build container terminals at the Odowna in Accra and the Railway station near the Tema Port for cargoes to be transported by rail.

The Golden Jubilee Park, he also indicated, would be relocated to a new terminal at Kpone, which construction would start next year.