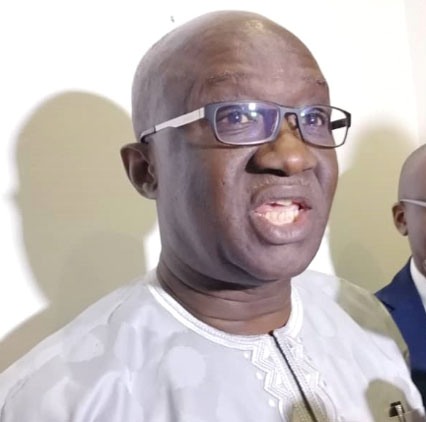 The Minister of Aviation has cautioned the Union and Professional Associations of the Ghana Civil Aviation Authority (GCAA) against their intention to withdraw some services critical to aviation safety, beginning Monday, March 17, 2020.

He said the step, if taken would disrupt flight operations and impact flight safety.

According to a statement signed and copied to the Ghana News Agency by Mr Joseph Kofi Adda, the Minister of Aviation, the attention of the Ministry was drawn to a news release attributed to GCAA, in which they threatened to withdraw some services critical to aviation safety on the aforementioned date.

The Ministry, the statement said, viewed the development as most unfortunate, and assured the public, especially passengers travelling by air that scheduled flight operations would not be disrupted.

The statement explained that the Union and Professional Associations, in a petition to the Minister of Aviation on January 23, 2020, demanded the removal of Air Commodore Rexford G. M. Acquah (retired) as Chairman of the Governing Board of GCAA and a freeze on all activities on GCAA lands at La Wireless and La Nkwantanan.

The Minister subsequently held meetings with the two groups and GCAA Management, and gave them an assurance to resolve the issues.

Ahead of the Minister‘s communication of the outcome of various engagements with other stakeholders towards finding a lasting solution to the issues, and in violation of established GCAA policy, the statement said, the Union and Professional Associations held a news conference on February 20, 2020, where an erroneous impression of inaction on the part of the Ministry was created.

Following the news conference, the Minister accompanied by the Director-General of the State Interests and Governance Authority (SIGA), Mr. Stephen Asamoah Boateng, held a meeting with the two bodies on Tuesday, March 3, 2020, the statement said.

According to the statement, it was agreed at the meeting that the Union and Professional Associations would await a response from the Minister on the outcome of the engagements that was underway.

“It must be noted that the matter was elevated to the level of the Presidency through the Chief of Staff and assurance given that it was being addressed to find an amicable solution.

“This outcome has since been communicated to the Union and Professional Associations, with whom an understanding was reached that cessation of work on the said lands, was ordered and that no disruption of services within Ghana’s airspace would occur,” it said.

Additionally, the two groups, the statement said made it clear that the release on cessation of work would not be issued.

According to the Minister, the release issued by the two bodies ‘flies in the face’ of the shared understanding and amounts to a betrayal of the spirit of cooperation that had characterised the Ministry‘s engagement with them.

“The Ministry of Aviation has made significant progress on the resolution of the issues that have been raised, and hereby cautions against the withdrawal of services which will impact flight safety, particularly at a time that the Coronavirus pandemic is posing existential challenges to the global aviation industry,” the statement said.

A trip to Tafi Atome where bananas do not grow