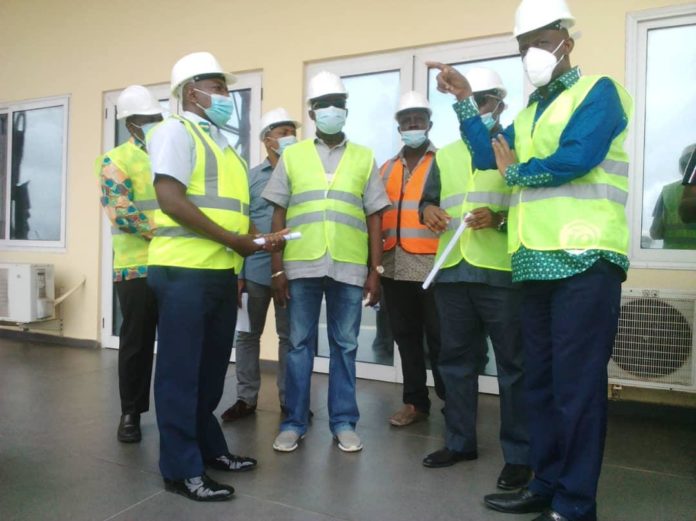 The Minister of Aviation, Mr Kofi Adda has stated that the Western Region can not be overlooked when it comes to aviation since it houses the oil and gas industry and a training center for pilots.

He disclosed that his Ministry also has “its eyes on a land it has acquired at Kajebil near Takoradi for the construction of an international airport which is now at the feasibility study stage pending approval from the Ministry of Finance”.

He said the aviation sector has been recognised by the President as a very important element of economic development hence, the move to expand the sector by developing infrastructure and improving services to make sure that business development and tourism are supported to enhance the economic lives of the people.

The Minister who was on a working visit to the Central and Western Regions to ascertain the potentials the two regions have in the aviation space indicated that the Takoradi Airport was so important because it serves the oil and gas industry as well as the mining industry.

He further stated that his Ministry was in consultation with the Ministry of Finance to see how best local air travel fares could be reduced to make it affordable to enable more Ghanaians to do quick business.

He hinted that many more airlines have shown interest and would soon take off to bring competition and to have airfares reduced so that more Ghanaians can afford.

According to him, though the renovation work at the Takoradi airport was being done solely by the Ghana Airforce, the Ministry of Aviation has been able to identify the items that are needed to bring efficient gadgets to do civil works among others.

He said the Aviation Ministry was liaising with the Ministry of Finance to raise some money to support them since the rehabilitation and reconfiguration for the arrival and departure halls would be expanded to bring comfort to passengers.

Air Vice-Marshal Frank Hanson, Chief of Air Staff said the Takoradi Airport has been in existence for over sixty years and has since been the bedrock of aviation in Ghana.

He noted that expanding its operations would enable it to take more domestic airlines to open the market for competition which would help beat down airfares for more patrons.

The Western Regional Minister, Mr Kwabena Okyere Darko-Mensah noted with concern that the absence of a civilian airport hampers air transport business in the region, hence the expansion was necessary to position the Airforce Base to be able to give more room to civilian passengers till the Region gets an alternative airport.

He explained that the Ghana Airforce was already on the Board of the Civil Aviation Authority and could therefore do a proper collaboration to augment the operations of the airport by giving the needed support to improve on its operations.

The renovation which is being done by the TonyDollyken Construction Limited started in June this year and is expected to be completed in December this year.

Renovation works include the renovation of the Airport Terminal building, expansion of Arrival/Departure Hall, and the oil and gas facility.