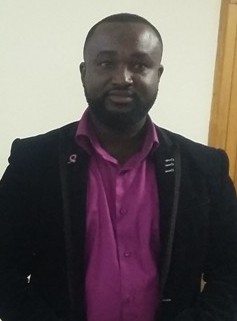 Mr Paul Opoku Agyemang, the Executive Director of the African Cancer Organization, a non-governmental organisation has advised Ghanaians not to eat foods contaminated with aflatoxins to minimise their risks of getting cancer.

The more aflatoxins one consumed, the higher they increased their chances of getting cancer, Mr Agyemang said, at a workshop for staff of the Ghana News Agency in Accra.

The training was part of the Organization’s series of sensitization programmes using data, to promote cancer prevention through awareness creation and screening.

Scientists say aflatoxins, is a member of the toxin family produced by some type a type of fungi that are found on agricultural crops such as poorly dried maize (corn), groundnuts, cottonseed, and tree nuts.

The main fungi that produce aflatoxins are Aspergillus flavus and Aspergillus parasiticus, which are abundant in warm and humid regions of the world.

The awareness creation therefore seeks to help avoid exposure to things that could cause cancer as well as help early detection for effective treatment.

He said foods that contained Aflatoxins caused liver cancer which was infectious, contagious and communicable.

The Executive Director explained that cancers, which are simply abnormal growth in various parts of the body were caused by factors including biological, geographical, social, political or cultural factors, saying that their names were derived according to where the growth would occur.

Mr Agyemang said people’s life styles such as eating unhealthy diets, alcohol consumption, drugs, and intake of tobacco among others had led to an increase in Cancer cases.

Mr Agyemang mentioned some of the common cancers in Ghana as breast, cervical, colon, rectum, ovarian, adding that more people were dying from such cancers.

He attributed the deaths, which were high in developing countries to poverty.

He explained that due to urbanisation, people have little time for themselves thus, they relied mostly on processed foods which contained preservatives that increased their risk of developing the disease.

“They end up not eating well, not being physically active and above all put on weight,” he stated.

He noted that one-third of cancers were curable if they were reported on time whilst between 30 and 50 per cent could be avoided with healthy lifestyle.

He called for support to establish a Ghana National Population-Based Cancer Registry (GPCR) to enhance control of the disease in the country.

This he said was important as it would abstract data on persons with cancer in order to provide complete, accurate and timely cancer report for interventional programmes.

Mr Baffour, the Administrative Manager of the GNA, commended the team for empowering the staff with invaluable information, adding that it would go a long way to help them live healthy lifestyles.