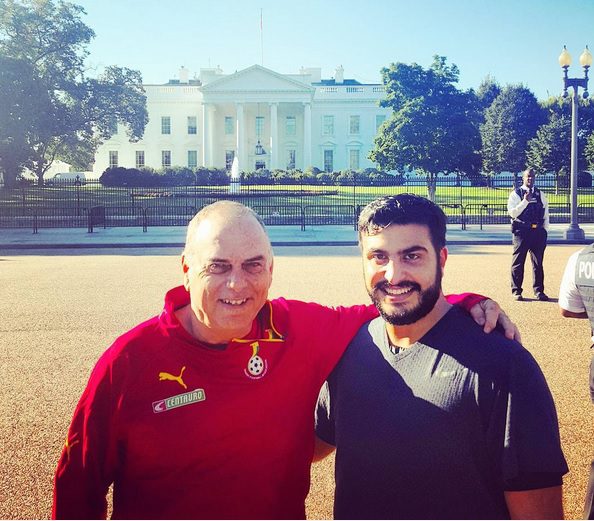 Ghana coach Avram Grant took time off to visit the White House on Monday alongside his agent Saif Rubie.

The former Chelsea boss is in Washington with his Black Stars team who play Canada in an international friendly on Tuesday.

Grant who has been in the American capital for about a week took time off to tour the White House in the company of his agent Saif Rubie.

Rubie who recently passed a damning verdict about the quality of the local league in Ghana is also in Washington to watch the Black Stars in action.

He however not been spotted anywhere near the team?s camp in Washington.