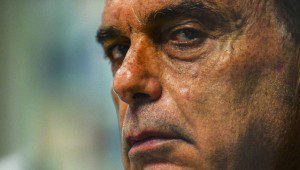 Avram Grant has hailed Ghanaians and their attitude to work

Highly experienced Black Stars coach Avram Grant has hailed Ghanaians as ?great people? after just two months of leading the national team and has noted the passion of the populace on the West African country.

The former Chelsea, Portsmouth and West Ham boss led the Ghana national team to the final of the Africa Cup of Nations in Equatorial Guinea last week.

Ghana came agonisingly close to winning the Africa Cup of Nations but, after the final against Ivory Coast finished 0-0, they lost a dramatic penalty shoot-out 9-8.

The Israeli manager has hailed his experience with the Ghanaians by praising their attitude to football and life generally when asked about early thoughts of the West African country.

?It was a great experience,? said the former Chelsea boss.

?Great people, very passionate about football. High quality players, many of whom are playing here in the Premier League. I enjoyed it very much.

?Ghana have not won the cup since 1982 and no one expected us to reach the final, because it is a completely new team.

?In the final, we were the better side and lost after 11 penalties each. We are happy and the Ghanaian people are very happy.