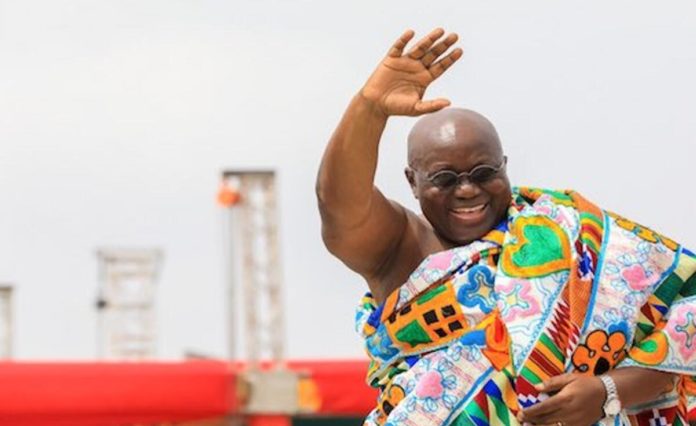 Dr Alhassan Sulemana Anamzoya, the Chief Executive Officer of the Northern Development Authority (NDA), has called on the international community to award President Nana Akufo-Addo the Noble Peace Prize for his contribution to resolving the Dagbon chieftaincy conflict.

He said “At a point, many thought that the Dagbon Kingdom was disintegrating and there was no need to rebuild it, but President Nana Akufo-Addo showed leadership and stood against all odds and successfully resolved the conflict resulting in the current peace being enjoyed in the area.”

He said the peace being enjoyed in the area had paved way for the initiation of many development projects by government through the NDA.

Dr Anamzoya made the call at the Gbewaa Palace at Yendi when a delegation of NDA, led by the Northern Regional Minister, paid courtesy call on the Ya-Na Mahama Abukari (II) to officially introduce the NDA to him and seek his blessings for its interventions.

The Regional Minister and officials of the NDA also paid similar courtesy calls on the Mion Lana (Chief of Mion) Mahamadu Abdulai and the Yoo Naa (Chief of Savelugu) Abdulai Yakubu Andani.

The NDA said since March this year, it had initiated a total of 2,149 projects in the five regions in the north as part of the government’s Infrastructure for Poverty Eradication Programme (IPEP) to address the felt needs of the people, adding that the projects would be completed within six months.

It said in the Northern Region, a total of 740 projects were being executed in various sectors including 451 projects under education, 31 under health, 12 under agriculture, 49 under roads, 38 under electrification, 91 under water and sanitation, and 68 under social and economic.

The Dagbon Kingdom in the Northern Region, one of the oldest kingdoms in the country, was thrown into protracted chieftaincy conflict in 2002 when its King, Ya-Na Yakubu Andani (II) was killed.

Efforts to resolve the conflict lingered until December, 2018 when it was settled and the current Ya-Na was enskinned in January, 2019, bringing peace to the area.

Dr Anamzoya said the Noble Peace Prize, which is awarded to individuals for outstanding contributions in peace, would deservedly cap the President’s sterling record in resolving the Dagbon conflict and the investment in human development in the area.

He said it was important to court the Ya-Na’s guidance and support to enable the NDA to successfully implement development projects across its catchment area, saying chiefs are important stakeholders in national development.

Mr Salifu Saeed, the Northern Regional Minister, said the region was enjoying the dividend of peace since the resolution of the Dagbon chieftaincy conflict and gave the assurance that the government, through the NDA, would continue to implement interventions to complement the efforts of traditional authorities to ensure holistic development.

Ya-Na Abukari (II) expressed gratitude to the government for restoring peace in the area and called on citizens to jealously maintain the peace to ensure investment in the area.

Both the Mion Lana and the Yoo Naa appealed to the NDA to complete, especially educational and health projects in the area, to ensure increased access to quality health care and education for the people.