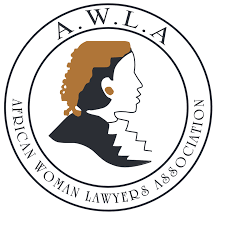 Participants at a day’s stakeholder workshop on Justice Delivery in Ghana have stated that frequent adjournment of cases and long distances away from courts are some of the challenges that affect access to justice in the country.

They were also unhappy with payment of bailiffs for serving them writ of summons even though payment for bailiffs were part of the filling fees.

The participants expressed the sentiments during an African Women Lawyers Association (AWLA) day’s stakeholder workshop on justice delivery held in Takoradi to empower citizens to develop positive attitudes and relevant skills for effective participation in justice delivery processes in Ghana.

The workshop seeks to complement on-going actions aimed at improving justice delivery for the voiceless in Ghana.

It also forms part of the implementation of AWLA-STAR-Ghana funded project on “Strengthening Civic Participation & Social Accountability in Justice Delivery.

She mentioned Legal Aid, CHRAJ, DOVVSU, Police, the courts, Department of Social Welfare and the Federation of Persons with Disabilities among others as the collaborative institutions and noted that CUC could only be effective if these institutions collaborated effectively.

She explained that AWLA activated and created Court User Committees (CUCs) to function as a platform to improve public participation in judicial processes through information sharing among members of criminal justice institutions.

The Executive Director noted that, the successful implementation of CUC would immensely inure to the benefit of Ghana’s quest to improve upon justice delivery for citizens and also contribute to the attainment of the objectives of the National Anti-Corruption Action Plan (NACAP), which identifies poor participation of citizens in the judicial processes as a bane for anti-corruption strategies.

Madam Edna pointed out that CHRAJ played a critical role in promoting justice for the vulnerable and that the involvement of the institution in CUC would improve upon justice for the poor.