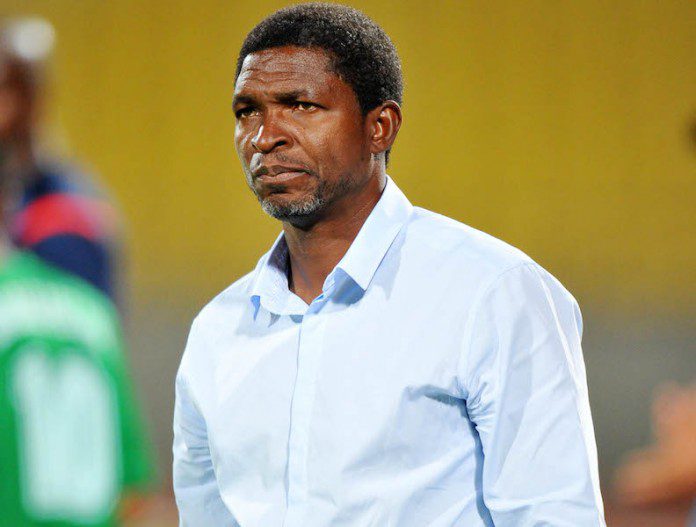 Maxwell Konadu, coach of Ghana during the 2015 Cosafa Cup Quarter Final match between Ghana and Madagascar at Royal Bafokeng Stadium, Rustenburg on the 25 May 2015 ?Muzi Ntombela/BackpagePix

Coach of the home-based Black Stars Maxwell Konadu says he simply had to drop some players whose efforts ?were not good enough? ahead of Ghana?s final CHAN qualifier against Cote d?Ivoire.

Konadu has axed five players from his squad ahead of the first leg of the final qualifier to be played in Ghana on October 18.

Striker Bright Lukman was the major casualty in the axe wielded by Konadu which chopped four others in his squad.

The Ebusua Dwarfs hitman scored over 25 goals in the just ended season the second tier league to help the Cape Coast side secure a return to the Ghanaian top flight.

Konadu though hailing the impressive efforts of the squad in training, says some were just not up to the task.

?The players have been highly impressive in training,? he said.

?They are all doing their best but sometimes the best of some players is not enough.

?And that is why we have to send some players home.?