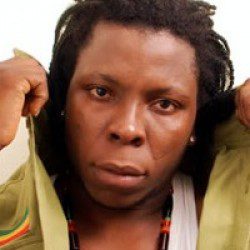 Ghanaian rapper Denning Edem Hotor popularly called Ayigbe Edem in the music industry has announced the return of his annual event dubbed “Edemfest” (Edem Festival) which will be ticketed in 2023.

The annual event came to a halt in 2019, due to the COVID 19 pandemic and its subsequent effects.

A news statement copied to GNA Entertainment explained that the event would be a fully-fledged multiple day festival, filled with more activities.

It said it would be a paid event, as compared to the previous ones.

“Paying for events is the future of the events ecosystem which is why Edemfest would encourage all fans to pay something to secure the future of such an event for the region,” it said.

The statement said Ayigbe Edem is excited the event would be an avenue for the people in the community to raise revenue.

“I appreciate the overwhelming love and support by my fans and my region. “Ever since our break in 2019, I have been bombarded with messages to bring it back, and to show my love for my fans as well as my region, Edemfest is back, and it is going to be bigger than it was. “I ask fans and the region to continually support the festival by paying to attend in their numbers, I miss Edemfest and I can’t wait for it in 2023,” it said.

It said, preparations and planning have already begun ahead of the festival to be held in the beautiful coastal town of Keta, filled with its nice sandy beaches and rich history.

It also said the just ended Hogbetsotso festival in the region is a demonstration of how the region is opened to receive the world and share its rich culture.

“The date and exact venue would be officially communicated in 2023, but ahead of the main festival, Edem and his team would embark on a series of activities, that would lead to one of the finest festivals to be held in Ghana and beyond,” it said.

However, previous Edem Fest editions featured popular musicians such as Kofi Kinaata, Stonebwoy, Kwaw Kese, Sarkodie, Obrafour, and many others.

Edem is noted for fusing his local dialect ‘Ewe’ in his songs, he spearheaded the use of Ewe language in mainstreaming his music which gained popularity globally.

In the year 2006, Edem released his first hit single titled “Witine Woshi”, which translates as “we came and they ran”, the song has over 100 million streams across all musical platforms and currently a hit song.

Unrest Spreads Across Peru After Massacre of Civilians