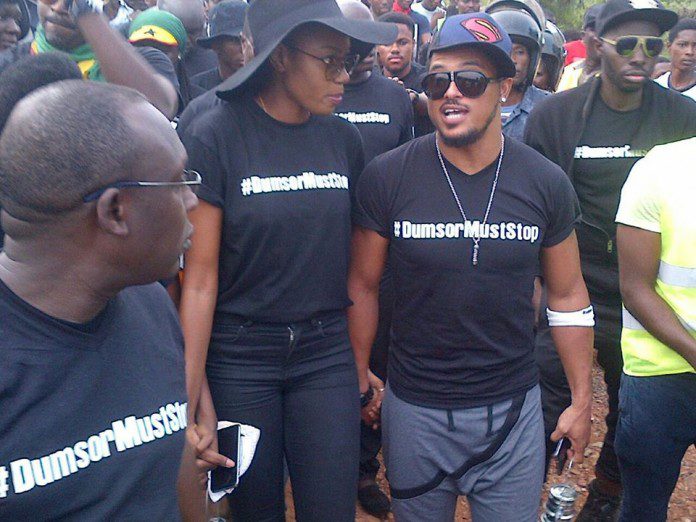 A New Patriotic Party (NPP) member, Baah Acheamfour, days after revealing on Okay FM?s morning show and Neat FM that his party financially supported the popular #Dumsormuststop vigil demonstration, masterminded and led by actress, Yvonne Nelson, has disclosed on Ghana Mo tie on Neat FM 100.9 Morning Show with Kwesi Aboagye that, he has evidence and prove his allegations. Mr. Acheamfour explained that he knows that Yvonne Nelson used her energy to organize the Dumsormustvigil demonstration ?but here is the case that there?s a document – a memo that states that GHC 5,000 has been given to Yvonne Nelson, so it will help if Yvonne Nelson comes out to clear herself? he said.

When the host of the program, Kwasi Aboagye, asked him if he can provide the document anytime it?s needed, he said he doesn?t known which document people will need to believe it?s true or false but then there?s a memo that National Organizer of the opposition New Patriotic Party, John Boadu wrote requesting for the money so he can provide the memo anytime the need arises.

John Boadu who also had the opportunity to react on Neat FM?s morning, challenged Baah Acheamfour to provide his evidence.

All attempts made by Mustapha Inusah to get the Memo from Baah Acheamfour failed.

2nd Edition Of Akple Festival Took Revelers Back Into Time

Katie Holmes Visited Refugees in Greece With Her Daughter Suri

Finance officers urged to be gate keepers of state finance