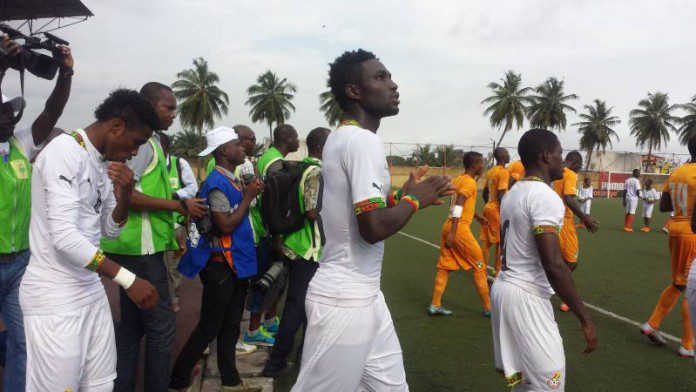 Inter Allies and CHAN defender, Baba Mensah has expressed his sadness over Ghana’s inability to seal a qualification into the CHAN championship scheduled to be held next year in Rwanda.

The Local Black Stars of Ghana won the first leg 2-1 in Ghana over Ivory Coast but they failed to protect their lead in the second leg in Abidjan as the Ivorians pipped them by a lone goal to qualify on a 2-2 aggregate.

Ghana’s elimination means, the two time CHAN finalist for the first time in the history of the tournament that started six years ago, the Local Black Stars will not been seen at Rwanda.

And Baba Mensah who starred in the second leg game in Abidjan has expressed his sadness over Ghana’s elimination.

“I was very sad for Ghana’s elimination because as a player you were selected to represent your motherland you have to put in your best in order to put smiles on the fans but we failed to deliver, I’m downhearted but as a footballer you have to overcome a lot of challenges.

“So it pains me but all the same it is the will of God everything that comes your way you have to give thanks to the Almighty,” he told GHANAsoccernet.com