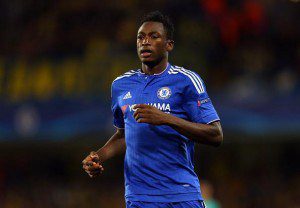 ?I think I still need to learn more and I want to improve game after game.?

Chelsea?s Premier League debutant was happy with the outcome of the game and speaking after the match was keen for the club to build from this performance.

?Everybody is happy and we are hoping things continue to go this way,? said the ex-Augsburg talent. ?It was a hard game, but the most important thing was to get the win.

?I think I still need to learn more and I want to improve game after game.

?We are looking forward to all the games and we just want to keep on winning.?

Baba completed 78% of his passing against the Villans, far superior to Azpilicueta?s 67%.

The new recruit, however, managed to contribute only three clearances to Azpilicueta?s four; the Spain international also chipped in with three interceptions and one block.