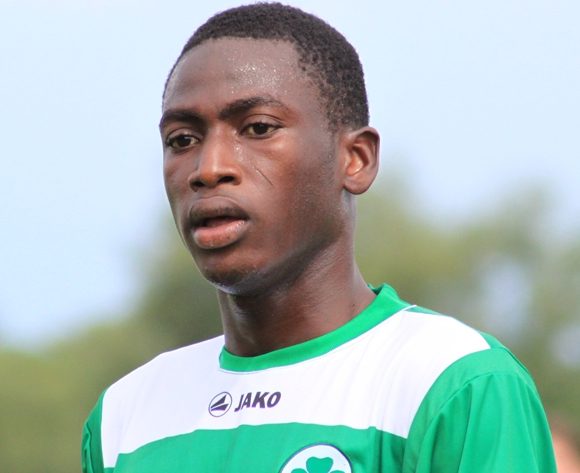 If someone had told Baba Rahman at the beginning of his career that he will be on Jose Mourinho?s wish list in future, he would definitely not believe it but yet still be hopeful.

Abdul Rahman Baba was born in Tamale, Ghana on July 2, 1994. Rahman started out his professional career at Division 2 side, Dreamz FC. After a set of inspiring performances, he earned a loan spell to Kumasi Asante Kotoko (The Porcupine Warriors) for the 11-12 season at age 17.

He was runner-up for the Ghanaian League?s Discovery of the Year Award in 2012.

Such consistency in his performances earned him a call up to the Ghana Under-20 team, where he helped the team come third during the 2013 FIFA Under-20 World Cup in Turkey. He eventually attracted interests from Arsenal, Manchester City and Parma.

A move to Europe was imminent and it was only a matter of time before the young left back would choose his team for the 2012 season.

SpVgg Greuther F?rth was Rahman?s choice and he justified his choice by stating that ?the club had the best conditions in which to develop my career?. Rahman spent 2 years at Greuther F?rth securing 44 appearances and scoring two goals; both goals came in a crucial derby match versus FC Nuremberg.

His wonderful display against FC Nuremberg earned him a transfer to FC Augsburg the following day. Since then he has made 31 appearances for the Fuggerst?dter.

His outstanding performances for the German outfit has attracted interests from AS Roma, Arsenal, Chelsea, Juventus, Real Madrid and Bayern Munich.

Rahman was ranked 6th best player in the German Bundesliga based on his Bundesliga player index last season averaging 2.9 interceptions, 3.5 clearances, 1.4 dribbles, 0.5 shot blocks, 4 assists and 4.8 tackles per match. With his high pressing he had the highest tackle rate in the Bundesliga.

Abdul Rahman Baba has had a solid start to his senior international career registering 11 caps so far. His stellar performances during the AFCON 2015 in Equatorial Guinea helped Ghana to a runner up position. With Marcelo as his role model it comes as no surprise as to why Rahman plays with such blistering pace and willingness to attack.

One area Rahman would need to improve on next season would be his passing. He managed a passing accuracy of 66.13% last season.

Although Augsburg had stated that they will consider any offers around ?20m, I believe that Baba Rahman should have stayed at Augsburg since they will be playing in the Europa League next season.

At just age 22, the future looks bright and with humility and consistent playing time, Baba Rahman could be one of Europe?s best left-backs in the near future.