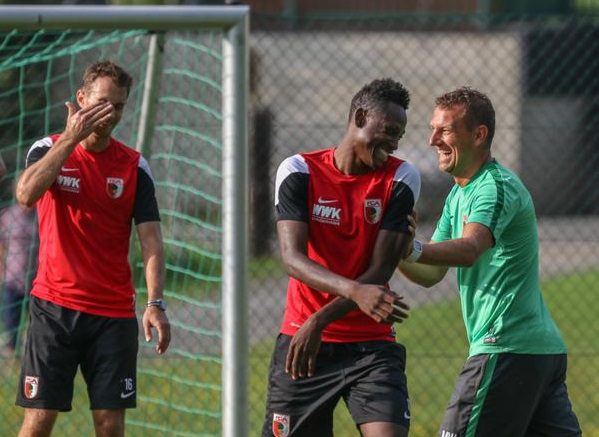 Chelsea star Baba Rahman has revealed his team mates’ commitment to support manager Jose Mourinho after they Dynamo Kiev by 2-1 in the UEFA Champions League at the Stamford Bridge last night.

The Black Stars left back displayed a splendid performance to see the London club offer their fans with a sigh of relief after Willian’s free kick in the 80th minute secured the win for them.

Baba, 21, has had a tupsy turvy start to his Chelsea career but said the team is solidly behind the manager after his spectacular performance yesterday.

Speaking after the game, Baba said “We play for the manager and for the club and we just want to fight for the club. The Champions League is over and we are looking to take this form into the Premier League.”

The former Ausgburg defender added that even though the media has been very strong on the team and the manager, the players believe in the manager and are ready to die for him.

“Media speculation doesn’t affect us. The manager tells us what to do and everyone believes in the manager. We do what he tells us,” Baba noted.