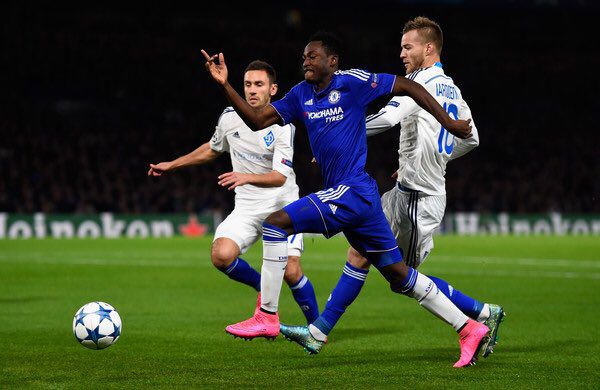 Ghana defender Baba Rahman looks to have seized the Chelsea left-back position after his impressive showing in the Blues 2-1 victory over Dynamo Kyiv in the UEFA Champions League this week.

The 21-year-old has now won not only the confidence of the supporters of Chelsea but also that of coach Jose Mourinho with his outstanding display in the game at the Stamford Bridge.

This means he will play more matches for the Blues both in the Champions League and the Premier League as he looks to have solved the left-back problems of the club.

Baba Rahman, making only his sixth appearance of the season, started his second Champions League game for Chelsea and coped admirably with the slippery challenge posed by Andriy Yarmolenko.

The Ukraine attacker has skill and experience in abundance but, with the exception of a few shimmies that evaded Rahman early on, the Ghanaian left-back survived unscathed.

Not only that, the 21-year-old was a threat going forward, with pace to burn and quick feet.