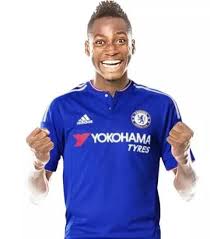 The 21-year-old defender joined the Blues in August from German outfit Augsburg on a five year-deal, but has been restricted to a single bench appearance in Chelsea?s only win of the season ? a 3-2 victory over West Brom.

For what is Chelsea?s worst league start in over two decades, there have been calls for the Portuguese coach to give the Ghana international a shot in his faltering defence. The Premier League defending champions have conceded 12 goals in five matches, just three less than the team took in the 2004-05 season.

?Baba will be selected as well,? Mourinho told reporters after being quizzed on the availability of the left-back for the game.

?I will make a couple of changes because I have to try different dynamics.

?I have to try a couple of different faces, and to give chances to people who have not been playing but have been working hard.?

Although Branislav Ivanovic has been unconvincing at the back, Mourinho has refused to yield to calls for full-back Cesar Azpilicueta to be shifted to the right, in order to make way for Baba on the left side of the defence.

?I know exactly the consequence of my selection, but I cannot worry about what people say or write,? Mourinho added.

Chelsea host Tel-Aviv at Stamford Bridge in their first game of the 2015-16 Champions League group stage, having also been drawn against Dinamo Kiev and FC Porto.