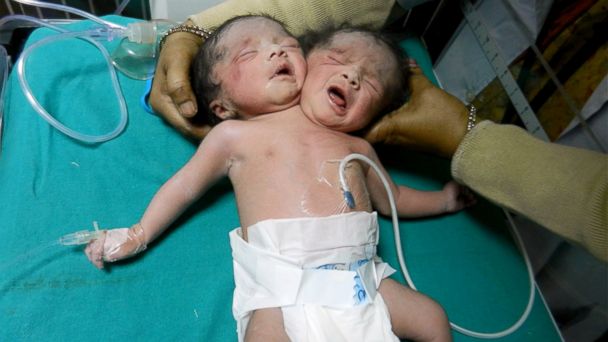 Conjoined twins born at a hospital in India appear to share everything below their two, separate heads, hospital officials told ABCNews.com.

?Yes this report is perfectly true that we have delivered a female baby having two heads,? Dr. Ashish Sehgal, the CEO of Cygnus JK Hindu Hospital, told ABCNews.com in an email. ?She is presently alive and healthy.?

The mother thought she was only carrying one baby because she was too poor to afford an ultrasound, according to Asia Cover Press.