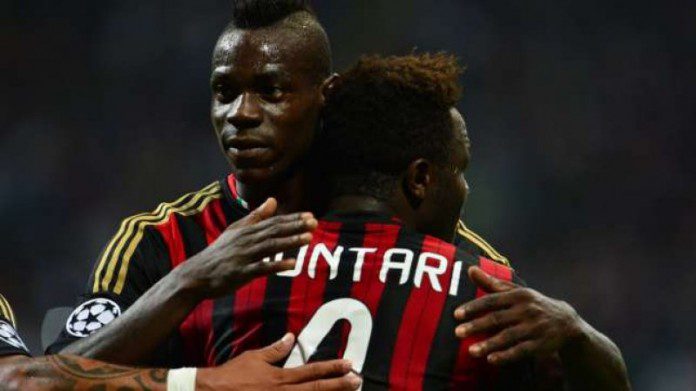 Muntari who has recently joined Jeddah based Al Ittihad is yet to play for the Black Stars following his outburst during the team?s disastrous campaign in Barzil.

The controversial yet highly talented Muntari has been involved in major bust ups in his career with the recent one copping him an indefinite suspension from the Black Stars.

The 30-year-old former AC Milan midfielder is however confident that management is the bane of Ghana football and continues to deprive the nation of both talent and laurels.

?Things like this we can avoid them, Black Stars can have amazing young talents that can be there now and for the future as well, but if you keep on treating them badly they wouldn?t love to even join the team.

?You will drive them away. Top players like Balotelli and Danny Welbeck could have played for Ghana but why, probably we don?t know how to get them and even if they hear people quitting the national team, they wouldn?t have any interest to join the team,? He told Accra based Starr FM

Skipper Asamoah Gyan, the Ayew brothers and Kevin Prince Boateng have all had stints away from the team citing  challenges with management of the team.

You must get involved in management of CHPS compounds – communities urged

Tamale Central Hospital has not run out of essential supplies – Management