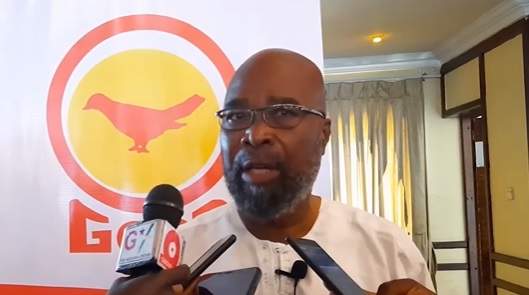 He said it would ensure that Parliament function effectively and independently, adding that, this clearly shows Ghana is gradually but steadily growing in democratic governance.

Dr Lartey in an interview with the Ghana News Agency in Accra lauded the election of Mr Alban Sumana Kingsford Bagbin as Speaker of Parliament, stressing that it shows that the country has become a beacon of democracy not only on the continent but the world as a whole.

Dr Lartey who is also the Secretary-General of the West Africa Association of Political Parties analyzing events leading to the inauguration of the 8th Parliament and swearing-in of President Nana Addo Dankwa Akufo-Addo for the second term on January 7th applauded the nation for the development.

The GCPP Leader said though there was some confusion at the early stages in the election of the Speaker of Parliament, however, the country was able to prove that it understands and practices the tenets of democracy to the fullest.

He said this was a commendable milestone in our democratic growth which other African countries must learn from.

He said he looked forward to seeing an effective collaboration between President Akufo-Addo and the bi-partisan leadership of parliament, contrary to opinions held by others that there would be friction between the two leaders because they belonged to different parties.

Dr Lartey said the country must prioritise its democratic growth and unity to facilitate its needed economic growth and development, saying, “our democracy is the bedrock to our development.”

He commended President Akufo-Addo on his inauguration and said his party the GCPP was committed to working with him in his second term.

He said the President in his second term should prioritize youth employment and the creation of jobs through its industrialization agenda as well as promote the use of renewable energy.

He also on behalf of the West Africa Association of Political Parties commended other world leaders especially those from the sub-region who participated in the eventful January 7th inauguration of Ghana’s President.

He said African leaders must continue to move ahead towards the operationalization of the objectives of the African Union.