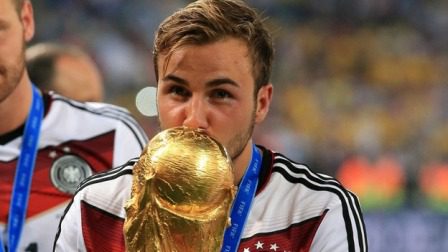 The final decisions will be made by the captains and head coaches of national teams and international media representatives selected by France Football.
The final three players with the most votes for each award will be announced on December 1st and the winners will be revealed on January 12, 2015.

However, Luis Suarez mysteriously did not make the cut due to his biting incident on Giorgio Chiellini which took centre stage in the 2014 FIFA world cup in Brazil.
But despite his questionable character Luis Suarez had a pretty good season with Liverpool, scoring 31 goals in 33 Premier League matches.

At Liverpool, the Uruguay forward goal statistics stood at; 83 goals in 133 appearances for the reds. In fact, this is one of the best by any Premier League striker. Flick’s breathtaking journey to the top

Neuer Hopes Schweinsteiger Gets Play Time At Man U

Schweinsteiger not ready to retire yet