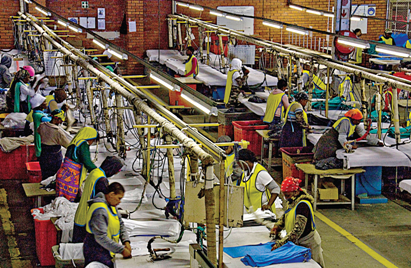 A denim supplier in Bangladesh, told Forbes that he was forced to accept a 30 percent discount on a large order of jeans already completed and shipped for Burton Meanswear, incurring a loss.

This is just one of many stories of clothing companies demanding steep discounts and withholding payments for completed goods from their suppliers in Bangladeshi factories.

It comes after many brands and retailers cancelled orders worth billions of dollars in March amid the Covid-19 pandemic.

At a time when countries are easing lockdowns and the apparel industry is scrambling to make up for lost sales, brands are continuing to pass on their financial burdens onto factories in garment-making countries as a feasible way to save their flailing businesses.

Some clothing companies say they would pay their suppliers, when and how much the brands agree to pay would make the difference between survival and closing up shop, according to reports.

Over two dozen local suppliers revealed that clothing companies are demanding up to 50 percent discounts on already shipped goods and six-month delays in payment for completed orders. They are also refusing to pay for orders until after the products are sold in stores, and based only on a percentage of sales, which could mean factories not getting any money until the end of the year,

“They won’t be able to pay workers, if these payments are not released right away,” he told Forbes via WhatsApp, adding that he foresees more demonstrations and increasing violence if factories are unable to pay wages and bonuses to garment workers ahead of upcoming the Eid holiday, on the weekend of May 23.

Mentioning that most suppliers in Bangladesh are fearful of speaking out against their buyers, especially big brands, Haque said, “I talked with over two-dozen factories. All of those were asked to stay ‘shut-up’ [by brands] if they want to continue business.”

Meanwhile, a 4.1 million-person workforce engaged in Bangladesh’s RMG sector is at risk of going under in the coming days, with unpaid bills piling up for the factories and months of slow to no work ahead of them.