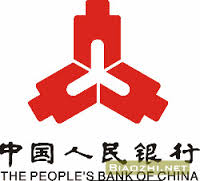 Representatives from SWIFT said that Chinese banks have “unexpectedly high” interest in GPI. China is now the world’s largest trading nation and is seeking greater use of the Chinese currency, the renminbi, in global trade and finance.

BOC and ICBC will join a pilot group to test the new payment scheme to determine how it can ease some of the pains associated with cross-border payments, including those billed in renminbi, also known as the yuan.

According to SWIFT, existing cross-border payments do not require a bank to notify the sending bank that it has received the funds, and corporate treasurers have little idea about how much will be charged in fees as the funds have to route through several corresponding banks to eventually arrive in the recipient’s account.

The cross-border yuan is likely to benefit from the new payment processing initiative, according to participating banks and SWIFT on Friday.

SWIFT data showed that the Chinese yuan is the fifth most active currency in global payments in October, accounting for 1.92 percent of all global payments.

“Many Chinese banks that act as clearing banks overseas can leverage the GPI to make cross-border yuan payments easier and more efficient, thus adding incentives among corporate treasurers to use the Chinese currency in global trade,” said Eric Yang, SWIFT’s markets and initiatives director in China.
China has long sought to promote the yuan’s use globally. Over the past year, it launched a cross-border yuan payment system to facilitate clearing of international yuan payments. The International Monetary Fund has also approved the yuan’s inclusion in its elite basket of currencies.

SWIFT said the improved cross-border payment scheme it is promoting does not require much overhaul of existing payment infrastructure but rather asks participating banks to comply with a set of newly defined rules when processing cross-border payments as corresponding banks. Enditem