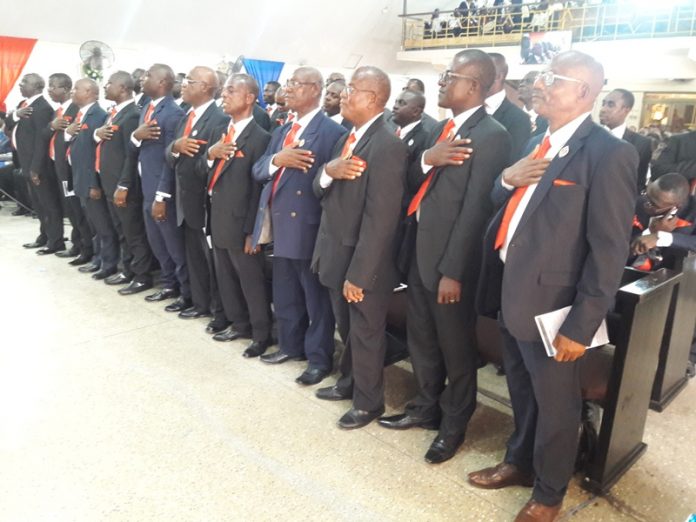 The induction service of the National Executives Council Members of the Baptist Men’s Ministry (BMM) of the Ghana Baptist Convention (GBC) was held over the weekend in Accra.

The service also saw the induction of Deputy Sector and Association Coordinators of the various sectors of the BMM across the country.

The Deputy Sector and Association Coordinators are also numbering four and 21 respectively.

The ceremony, which brought together the various wings of the GBC, was climaxed with singing and thanksgiving to God.

Mr Yiadom said every activity of the Men’s Ministry for the past four years indicates that the leadership was poised for action to build on the existing foundation.

He said this induction service was another demonstration of how the newly executives intend to move the BMM activities being parochialism to an assuming dimension.

Mr Yiadom said the BMM was set to acquired  “4×4” pick-up through a special fundraising to facilitate their movements in the areas of evangelism and missions and operational and administrative errands at the secretariat and also support the other auxiliaries of the ministry.

He expressed gratitude to all the various wings of the GBC for the significant contribution made towards a successful ceremony.

In a speech read on behalf of Reverend Ernest Adu-Gyamfi, President of the GBC, Reverend Isaac K. Asante Agyei, Director, Christian Education and Auxilary Department of the GBC called on the executives to set a target of enlisting all the men in the convention as members.

Reverend George S. Mallet, Association Pastor of the Calvary Baptist Church, Adabraka, advised the executives not to think about the task ahead of them but to think of how to mentor the coming generation.

Ghana Baptist Convention resort to TV to preach the word