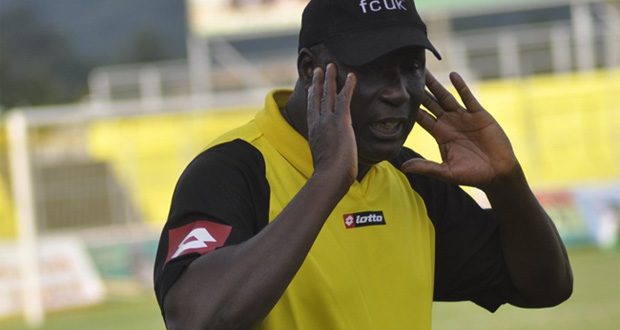 The former Asante Kotoko trainer led the Miners to their first Ghanaian top flight title in 19 years over the weekend with a 1-0 win over West African Football Academy.The weekend?s win confirmed AshantiGold?s fourth top flight title with an unassailable four-point gap with a game to spare.And coach Bashir Hayford says his team?s rise to championship success was obvious right from the start of the league due to their superior preparation during pre-season.?I won the league because of a good pre-season,? he said.?I didn?t travel with the team, we did our pre-season right here in this town.?I drew a comprehensive program for the team in pre-season and that is how come we were beating all the sides.?It was obvious we will win the league when it started because we had prepared well through a comprehensive pre-season.?AshGold will be playing Great Olympics in the final match of the season at the weekend having already clinched the league title.

Coach Samuel Boadu is the Coach of the Month