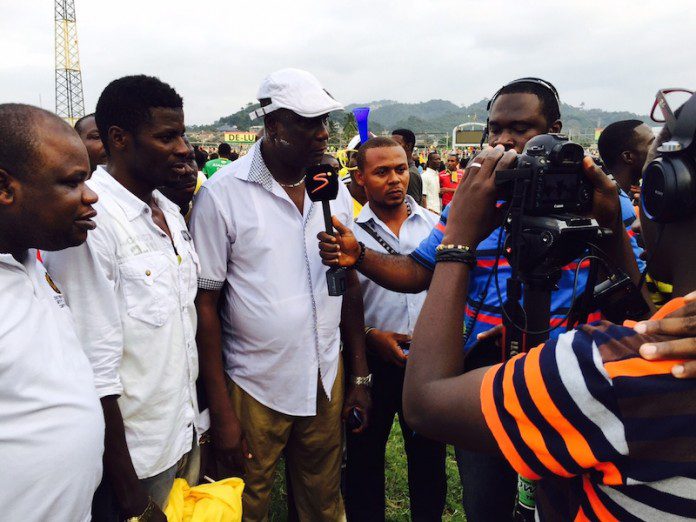 AshantiGold coach Bashir Hayford has launched a scathing attack on his critics who questioned his side?s title winning credentials.

The Miners wrapped up the 2014/2015 Ghana Premier League title with one match to spare after beating WAFA SC 1-0 at home on Sunday to open a six-point lead.

But AshGold?s road to the title- their first in 19 years- was bumpy after dropping points on several occasions which nourished the belief of closet title chasers.

Hayford is delighted his troops did not choke at the end and executed their task for the season.

?Last year my target was to play the Top 4 and I played the Top 4 that?s all,? Hayford said.

?So it doesn?t matter the way you walk for the journey, it is how you accomplished the journey. Whether I stagger or walk or I ran, that one is nobody?s business. The only thing is that I?m there.?

Hayford is celebrating his second league title as a coach after handling Kotoko to win the 2007 season.

AshantiGold will be officially crowned champions on Sunday against Great Olympics in Accra.