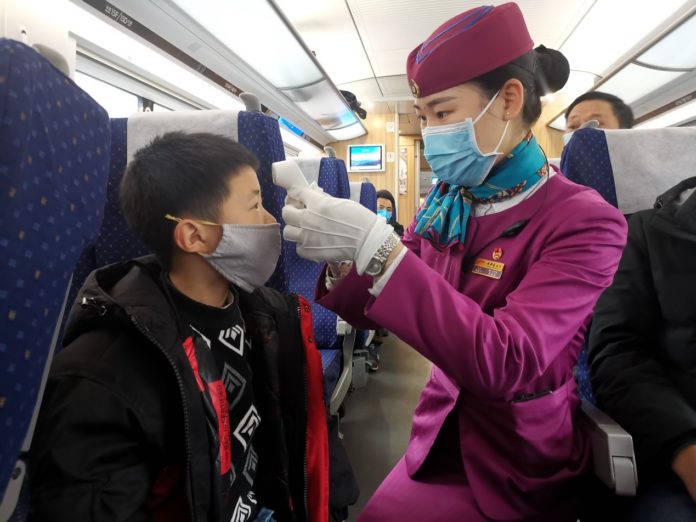 China’s active and effective measures taken to combat the novel coronavirus outbreak have received wide support and praise from the international society.

Leaders from multiple countries and people from various circles showed trust and support for China’s efforts to control the epidemic. They called on the international society to cooperate together for an early win over the virus.

Spanish Prime Minister Pedro Sanchez on Feb. 4 met with representatives of overseas Chinese in Spain, and expressed sympathy and support for the Chinese government and Chinese people over the current epidemic. Sanchez said that the Chinese government has taken timely and forceful measures against the epidemic, and believes in China’s capability of winning the battle against the virus.

Russian President Vladimir Putin offered sympathies over the pain and loss inflicted on Chinese families and wished each patient a speedy recovery in his call to Chinese President Xi Jinping. He expressed belief that under President Xi’s leadership, China’s resolute measures will contain the epidemic and minimize losses.

Nigerian President Muhammadu Buhari said China’s efforts to contain the epidemic is exemplary, believing that China winning the battle against the coronavirus is just a question of time.

China is the world’s second largest economy, so whether the epidemic will have an impact on the development of the Chinese economy is an issue of global concern. It’s noteworthy that both the International Monetary Fund (IMF) and the World Bank recently made statement in recognition of the measures taken by China to contain the epidemic, injecting confidence in the future of the Chinese economy.

The World Bank on Feb. 3 said that the Chinese authorities have policy space to respond and have announced a sizeable injection of liquidity, which should help mitigate the costs to economic growth.

IMF Managing Director Kristalina Georgieva said on social media that “We support China’s efforts to respond, including recent fiscal, monetary, and financial actions.” She added that the IMF is confident that China’s economy remains resilient.

In the era of globalization, countries’ destinies are closely knitted. The epidemic is a public enemy of the entire human race, and countries shall join hands to overcome the difficulties amid the public health crisis. Unfortunately, rumors and panic have been fanned up in some countries, and the Chinese people are even being discriminated against and rejected in certain places.

Secretary-General of the United Nations António Guterres said at a press conference on Feb. 4 that the epidemic situation was growing, and in this situation sometimes it’s easy to move into perspectives in which there tends to be discrimination, violation of human rights and stigma on innocent people. He called on the world to avoid the stigmatization of people that are innocent and that might be victims of that situation.

China is doing all it can to contain the spread of the coronavirus, said Prime Minister Lee Hsien Loong of Singapore, adding that sentiments against China are not helpful at all. Lee stressed that the coronavirus situation should be seen as a public health issue and not as a racial or international diplomatic problem. He called on each country to work with China to get through the challenge.

The world is a whole in front or viruses and epidemics. Human being’s battles against the plague, cholera, SARS and Ebola have repeatedly proved that it calls for international cooperation to win the battles against viruses.

“Virus hunter” Walter Ian Lipkin, a professor with Columbia University praised China’s active measures to contain the novel coronavirus in a recent interview. He said science has no borders, especially in the era of globalization, and to actively respond to and prepare for the threat of infectious diseases is a mission shared by scientists from all countries.

He stressed that the only way to end the epidemic lies in the joint efforts of all countries in the spirit of unity and cooperation, just like what the WHO suggested.