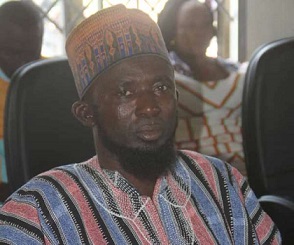 Mr Tahiru Issahaku Ahmed, the President’s nominee for District Chief Executive of Bawku West, has been approved by the Assembly members by polling 37 votes out of 49, representing 75.51 per cent.

Twelve Assembly members, representing 24.49 per cent voted against him.

By this figure, Mr Ahmed had crossed the two-thirds majority mark and was, therefore, sworn in as the new DCE.

At the Binduri District, the Assembly rejected the re-nomination of Mr Ayinga Abagre Yakubu as the Chief Executive for the area.

He secured 10 votes out of the 17 votes cast by the Assembly members, representing 58.82 per cent while seven, representing 41.18 per cent, voted against him.

Mr Yakubu, therefore, failed to garner the two-third majority required by the Local Government Act to be retained as the DCE.

A second election is, therefore, scheduled to take place in the next 10 days.
The new Bawku West DCE pledged to work closely with the Assembly Members to implement development projects and programmes for the progress of their various electoral areas for improved livelihoods.

He appealed to all stakeholders, especially the Assembly members, to support the Government and the Assembly to effectively implement development geared towards reducing poverty and promoting socioeconomic advancement.