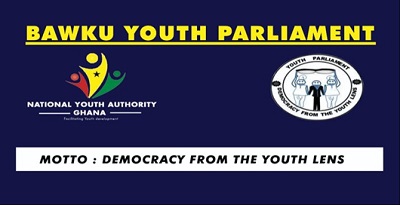 The Bawku Youth Parliament has congratulated Mr Amadu Hamza, the new Bawku Municipal Chief Executive (MCE) for successfully taking the seat to continue with the development agenda of the area.

The young people, in a statement signed by Mr Abdulai Majeed Wintimah and copied to the GNA in Bawku indicated that the “massive approval of the MCE despite some perceived differences among the people has proven to the world the kind of unity we the people of Bawku have.

“It is a sign of trust that has been placed on Mr Amadu Hamza and we the youth and people of Bawku believe that he is an agent of development of the municipality as recorded in the past”.

“It is no doubt that the President’s proposal is in the interest of all persons interested in the development of the Municipality”.

The development of the Municipality cannot be achieved by the MCE alone but needs the collaboration of all stakeholders concerned to forge a better working relationship with the Assembly for accelerated development, it said.

While wishing the MCE well, the youth pledged their unflinching support towards the development of Bawku Municipal and Upper East at large.

“As the youth of the Municipality, we strongly believe you are a source of hope and inspiration for us and we hope your administration will help unearth potentials of other youth in the Bawku Municipality”, the youth told the MCE.