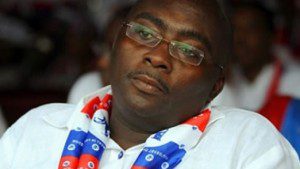 Ghanaians woke up to the shocking news of the death of Kwabena Boadu, who served as a media liaison officer for the vice presidential candidate of the New Patriotic Party (NPP), Dr Mahamudu Bawumia.

He was reported to have died in a hotel in Wa, the Upper West Regional capital, where he was lodging together with Dr Bawumia and the rest of latter’s campaign team.

According to reports, the usually calm but intelligent young man who turned 29 sometime this year, was electrocuted when he was about to take his bath in his hotel room.

Reports said when one of the members of the campaign team, Manaf Ibrahim, who is also the deputy Ashanti Regional Secretary of the NPP, bumped into Boadu in the room, he was lying unconscious.

Manaf reportedly tapped him in a bid to revive him but he (Manaf) also received an electrical shock and is in critical condition at the Wa Regional Hospital.

Kwabena Boadu was pronounced dead when he was taken to the same facility, throwing the entire campaign team and the party into a state of mourning, with Dr Bawumia said to be totally devastated.

News of the press secretary’s death started trickling in around 8am yesterday, sending shock waves among friends, loved ones and party faithful, who took to various social media platforms, especially Facebook and WhatsApp, to express grief and recalled fond memories of the departed soul.

Later in the day, leadership of the party sent a delegation to the family house in Accra to break the sad news to them while efforts were being made to fly the body to Accra.

Former Executive Director of Danquah Institute (DI), a policy think-tank, and known NPP member, Gabby Asare Otchere-Darko, had these words about the late Kwabena Boadu on his Facebook wall: “KB was not just the press secretary to Bawumia. He was, essentially, Bawumia’s right-hand man –  special aide, a trusted advisor, intelligent, passionate, calm, discreet, loyal, funny, hardworking, committed, loyal to his boss, party and country. You cannot imagine what a huge loss his death is to us all – and I mean party and country.”

National Youth Organiser of the NPP, Sammy Awuku, also posted on his Facebook wall: “Kwabena Boadu, you have left us at a time we needed you most. Definitely not what we expected. Definitely not at this time.  A big hole has been created and filling it is almost impossible. Little did I know our last joke yesterday was your ‘Goodbye’ message. NPP Youth Wing has been shaken by your death. We shall miss you dearly bro. Our brother, our friend our adviser. Uncontrollable tears; RIP Kwabena.”

President of Policy Think-Tank Imani-Ghana, Franklin Cudjoe, also remarked: “Kwabena Boadu? I mean how? You were the one who called me to come meet Dr. Bawumia in his home and I saw how you carried yourself around the man. You were and are a different kind of aide! Please tell me you are just taking a rest. Waiting for your call. Ah!”