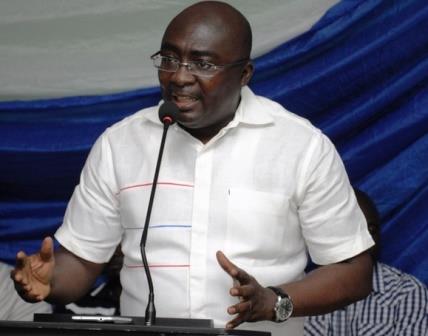 Dr Bawumia made the call when he joined Muslims in Cape Coast to observe the Friday Jummah prayers at the Central Mosque.

He donated Ghc 50,000.00 to the Muslim community, on behalf of Nana Akuffo Addo and the NPP, to help them fence the newly acquired cemetery to prevent encroachers.

Dr Bawumia said the gesture was in recognition of the long-standing relationship between the NPP and the Muslim communities adding; “this is our small contribution to help you have a befitting cemetery in the Central Region to bury dead relatives”.

He appealed to Muslim congregants to make the goodness, fairness and peacefulness of the election their topmost priority and shun violence and chaos.

“I am here to ask you to remember to pray fervently for the nation, especially in this crucial election year. It is important that we go into this election and emerge out of it as one united nation ready to move into a new era of development and transformation. This would depend on our prayers and our commitment to the course of this nation,” he said.

Chief Mahmud Ibrahim Damdey Mazaawajey, the Regional Muslim Chief Imam, said the donation was timely and gave the assurance that the nation’s prayers and requests would be answered by Allah.

He prayed for Nana Akuffo-Addo, Dr Bawumia and the NPP and asked for Allah’s peace and protection over them.

He thanked Allah for the peace that Ghana is enjoying, especially in the light of the peaceful coexistence among Muslim and Christian communities.

Dr Bawumia was accompanied by of the National Co-ordinator of Kamarideen Nasara, Sheik T. B. Damba, and a host of other executives of the NPP from the Cape Coast North and South constituencies.