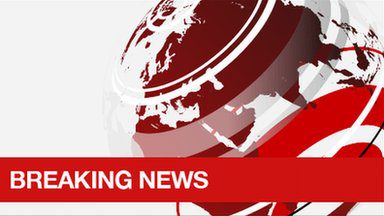 Britain’s BBC on Thursday lodged a formal protest with Russia, over what it called a “coordinated attack” against a camera team investigating the death of a Russian soldier near the border with Ukraine. A cameraman was beaten and his camera smashed when three unidentified men attacked the crew in the south Russian city of Astrakhan, the BBC said.

The attackers then fled in a car and the journalists spent more than four hours being questioned at a police station, the broadcaster said. When they returned to their car, they found that their recordings, which they had left behind, had been erased from a computer and memory cards.

“We deplore this act of violence against our journalists and call on the Russian authorities to conduct a thorough investigation and to condemn the assault on our staff,” the BBC said.

The Organization for Security and Co-operation in Europe (OSCE) said the incident was a clear sign of harassment of the free media.

The journalists had interviewed relatives of a Russian soldier who was killed near the Ukrainian border in August. The soldier’s sister told them that she did not believe an official explanation that he was killed when a Ukrainian missile hit Russian territory during an exercise.

Police confirmed the incident involving the BBC crew. A spokesman told the Itar-Tass news agency that a criminal case for theft has been launched and that it was under the control of regional police chief Oleg Agarkov.

It is not the first assault on journalists investigating the deaths of Russian soldiers in connection with the conflict in Ukraine.

In late August, two Russian reporters said that they were attacked, threatened and told to leave a cemetery in the western Pskov region.

The cemetery contained graves of Russian paratroopers thought to have been killed in Ukraine. The markers featuring the soldiers’ names were later removed.

Days later, local lawmaker Lev Shlosberg was badly beaten after having called attention to reports that Russian paratroopers may have been deployed to Ukraine.

Moscow has repeatedly denied accusations by Ukraine and western governments that regular Russian troops are fighting with pro-Russian separatists in eastern Ukraine.