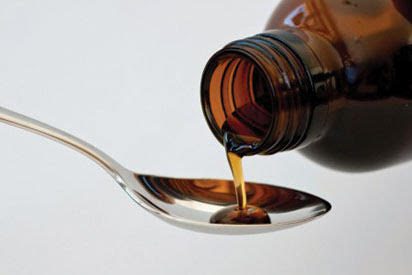 The abuse of codeine amongst Nigerian youths have been a silent and prevalent phenomenon for many years, but a recent BBC report titled “Sweet Sweet Codeine” have given it an unprecedented global dimension which has resulted to the shutting down of 3 pharmaceutical companies including Emzor Pharmaceutical Ltd. raising fears of massive job losses in the sector.

Although most Nigerians from the Northern part of the country will gladly welcome anything, I mean anything at all in form of government response to this debilitating social menace that have continued to exterminate the potentials of the younger generation of addicts, but analysts are concerned why authorities must react to every international media outcry before drastic measures are taken to rescue our society.

The Director-General of NAFDAC Mojisola Adeyeye in stating reasons why the Agency came up to that decision she said, “Due to insufficient evidence gathered and apparent resistance to provide needed documents.” According to her this is to allow for a full and comprehensive investigation. The statement also said the reopening of the manufacturing companies will depend on the level of cooperation that is shown during the comprehensive investigation.

Recall that in April, Dr. Muhammad a Professor and lecturer at the Department of Mass Communication, Bayero University Kano was quoted to have blamed drug peddlers of Igbo extraction for the prevalence of codeine abuse in the nation’s northern region. In his words, “Our investigation revealed that drug abuse is beyond normal marijuana, cocaine, alcohol, etc. It has moved to the extent that the medicines we take in order to cure our diseases are now being converted into hard drugs,” he said.

Passing the bulk to a certain section of the country, reports in the media quoted Prof. Bala Muhammad as saying: “We then discovered that it is the handiwork of the Igbo people, who connive with our local people here, to supply the codeine into our region, especially into Kano state.” The controversial lecturer has since denied it despite being quoted on major daily newspapers.

It is also public knowledge that the Sultan of Sokoto, Sa’ad Abubakar III, have openly decried the abuse of cough syrup among youths from the Northern region and have urged authorities to intervene to regulate its usage.

Although this ban has been commended by many Nigerians including the Nigerian Senate, Mr. Fejiro Oliver, a public affairs analyst have criticized NAFDAC’s move in view of its implication on the thousands of jobs to be affected. He has described NAFDAC’s action as the usual “knee jerk” response by Nigerian authorities.

Reacting to the outcome of the BBC documentary that exposed the addiction of some Nigerians to codeine, Mr. Fejiro Oliver alleges a sinister plot by NAFDAC which shut down the codeine production line but also every other production lines in the pharmaceutical companies including, Vitamins, Paracetamol, Panadol Extra, Antibiotic, Anti-malarial, Analgesics, Anti-inflammatory etc of Emzor Pharmaceuticals Ltd and other companies.

Speaking exclusively with TMNews.ng, Mr. Fejiro wondered why it is the jobs of ordinary Nigerians in the pharmaceutical sector that are being attacked and not the root cause of this national menace.

According to him, “How come immediately after the Sultan of Sokoto raised the issue and one Professor from a University in the North claimed that business persons from a particular section of the country are responsible for the drug abuse menace in the North resulting to the BBC codeine documentary and then in less than one month, NAFDAC shut down these companies ‘pending investigations’, which may never be completed,” he said.

Despite the Buhari led administration’s efforts at boosting the economy through diversification of the economy and job creation, some of the largest employers of labour in the pharmaceutical sector will be forced to lay off workers due to the shutdown by the government regulators.

The result of this action of NAFDAC, Emzor alone which has the biggest of all the companies affected as over 11,000 Nigerians will be rendered jobless because of this clueless decision. The sad reality is that the company will fold up and over N50 million will be wasted monthly just to service and maintain the manufacturing equipment in the plant.

Codeine is infused into many syrup that I know of, including children’s own, and it has helped to cure sicknesses. That some demented fellow decides to abuse it through the use of drugs produced by the company is not enough to shut them down. That one drug was caught with codeine is not enough to deny sick Nigerians of other drugs that Emzor and other companies sell?

The best is to ban the particular drug/syrup or place a fine on the erring companies, but to shut down an entire plant is the height of executive rascality. In the US people are killed on a daily basis by the indiscriminate use of guns that are produced for security and protection uses, but has this compelled the US authorities shut down gun companies?

He said that it is only sensible for NAFDAC to lift the I’ll conceived embargo and allow the companies run because it’s bad enough that this administration has brought job losses to Nigerians and more should not be added to the streets. “NAFDAC should immediately reverse this harsh decision targeted at bringing down the thriving Pharmaceutical industry, because it will only signal more economic woes for Nigerians.”

President of a prominent Civil Society Organisation, Northern Patriotic Front (NPF), Mr. Ali Abacha regrets the effects of the prevalences of the abuse of codeine in the Northern region but however called for greater partnership between the government regulators in this case NAFDAC, the pharmaceutical companies and the civil society to increase more sensitization, awareness and rehabilitation efforts rather than outright shutdown of the industries.

According to Mr. Ali stated that, “As a CSO based in the North, we are well positioned to partner with all the stakeholders in this sector to avoid this potential massive job loss occasioned by NAFDAC’s shutdown of the pharmaceutical industry,’ he insisted.

According to a Premium Times report there are several prescriptive drugs that are abused on a daily basis and have become popular among youths who use them either as suppressive medications people who engage in labour intensive activities, leisure or the pleasure of getting ‘high’.

Tramadol is a pain killer now used as an ecstasy drug by youth in Nigeria. Tramadol is an opioid pain medication used to treat moderate to severe pain. It is meant to be prescribed by a physician, unfortunately, the drug has found its way to the streets.

The pill comes in different milligrammes from 50 to 500. The recommended dose of tramadol is 50 to 100mg, with a maximum of 200mg in serve treatment cases. Anything above 200mg will cause a massive euphoric effect similar to what is gotten from taking marijuana, or other opiate medication, oxycodone etc..

Tramadol is used by some men to prevent quick ejaculation. One or two tablet of 500mg is believed by some to increase libido and staying in power when the male user wants to impress a woman.

Side effect of Tramadol when taken in high dosage include but is not limited to nausea, diarrohea, loss of appetite, dry mouth. Long term abuse can lead to convulsion, seizures, serious health damage, birth defects in pregnant women or even death.

Rohypnol is one of the most popular prescriptive abused drugs which has been given so many names including Roko, Roofies, Roche, Renfol and has many other slangs. Rohypnol is meant to be a sold only after a physician’s prescription. The drug is a tranquilizer about ten times more potent than Valium.

However, in Nigeria, the drug can be gotten both on the streets and over-the-counter without prescription. Rohypnol is used to treat severe insomnia and for anesthetic purposes. The drug is relatively cheap and gives the user a hazy feeling.

The drug is often taken with alcoholic or assorted drinks. Addicts could sometimes crush the pill to be taken with marijuana or other herbs. This could also be injected. Rohypnol is nearly tasteless making it a pill of choice for drugging unsuspecting victims. The pill has a reputation of a “date-rape” drug because of its paralysing effect. The effects start 20-30 minutes after taking the drug, peaks within two hours and may persist for eight or even 12 hours.

A person can be so incapacitated (unable to act) that he or she collapses. The taker lies on the floor, eyes open, able to observe events but completely unable to move. Afterwards, memory is impaired and they cannot recall anything. The person also experiences loss of muscle control, confusion, drowsiness and amnesia.

One popular one is ‘Alabukun’. This is a cheap pain killer which can be gotten from hawkers, street side vendors and drug store. The drug is usually hawked around pubs. People swallowing Alabukun with alcohol have become a common sight not regarding the medical implication of doing so.

Alabukun is a locally produced analgesic in powder form. According to manufacturer of the drug, it is a combination of aspirin (Acetylsalicylic Acid -760mg) and Caffeine. Some Nigerians take it to neutralise alcohol or to treat hangover. Some mix it with cocaine and other substances that can be sniffed.

Not all Nigerians know that Aspirin aka Tylenol is also among the list of abused drugs. It is an over-the-counter as a pain killer but equally sold on the streets and by road-side hawkers. The drug, because of its chemical composition, has an ability to numb the muscles, emotional pains and sometimes creates an exciting effect to the user.

Most abusers use it to kill desperation, emotional trauma, and depression among others. To get an euphoric effect, the pills are usually taken with alcohol or coca-cola. Some crush the pills and mix with other substances for a ‘higher effect’. Unfortunately, this drug when abused can become harmful to the body both physically and mentally. Abuse of Aspirin damages the liver and heart. The drug is not good for diabetic and hypertensive patients.

Another dangerous abused prescriptive drug Valium which is also known as diazepam. This is one of the drugs which is not meant to be sold without a doctor’s prescription. Valium unfortunately, is still being sold over the counter without prescription. It is also sold in the black market and can be found on the streets.

Valium is an addictive benzodiazepine with longer lasting effect than other drugs in its class. Valium affects the brain and produces fast euphoric high. Over time, it is hard for the abuser’s brain to function normally without the drug. The risk is often higher when Valium is combined with other drugs such as alcohol, opioids, among others.

IMANI-GIZ Reform Dialogue on Corruption and the Business Climate