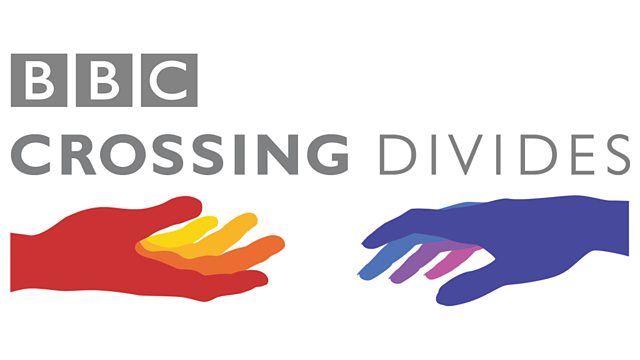 For one week, beginning 23rd April, BBC News will present Crossing Divides, a global season looking at the ways in which people connect across the fractures that divide societies. Reporting on over 40 stories across BBC News – TV, radio and digital – Crossing Divides will feature encounters between people who believe in different politics, religion or of different races, classes and generations.

In a world where news reports frequently feature tension, aggression and conflict, many feel that society is becoming more fragmented and intolerance is growing, which is creating multiple problems. Crossing Divides will uncover stories of how different individuals and communities are coming together to engage with one another, building on part of the BBC’s public purpose to contribute to social cohesion.

Focussing on solutions is a key initiative within BBC News, enabling audiences to learn more about how problems they’re facing are being tackled elsewhere in the world. With correspondents on the ground in more locations than any other news organisation, the BBC is uniquely placed to discover and tell these solution stories.

BBC World Service Group Director, Jamie Angus, said: “Bringing audiences together is as relevant now in the US, or part of Asia and Africa as it is here in the UK, and it’s part of the BBC’s wider public purpose. Following the success of last year’s season, So I Can Breathe, we found that our audiences have really engaged with our solutions-focussed content, as it offers inspiration and a fresh perspective on issues affecting them locally, regionally and internationally.”

There will be a range of stories from across the globe, including a report from BBC News Indonesian, where our reporter meets two former child soldiers – one Muslim, one Christian – both of whom had killed and mutilated in inter-faith violence. After swapping stories of their crimes, they are now gaining a new type of respect as peacemakers, holding interfaith hip-hop concerts on a still tense island.

For the Six O’clock News, BBC Home Affairs Editor, Mark Easton visits the troubled Yorkshire town of Rotherham with high levels of hate crime and deep divisions between the White and Asian communities. He reports on the rare and deep friendship between Casey and Waj who met over their shared passion for trampolining while completing their National Citizen Service (NCS), the government scheme for 16- and 17-year-olds designed to strengthen social cohesion. “We are bonding over our differences,” Waj believes. “People think difference tears things apart but it doesn’t. Sometimes it just brings people closer together and that’s a bit powerful.”

BBC News Labs alongside BBC World Service have pioneered a special interactive application which gives audiences tips on being heard in a hostile world. Ever wanted to rewind a conversation and start over? We’ve created an interactive comic which lets readers do just that with three controversial topics. From gun control to immigration and the generational divide, users can learn how to turn a potential argument into a constructive discussion. And if you get it all wrong, you can start again.

BBC World Service will air a two-part series about how humans have become the most successful species on earth because of our ability to cooperate. Often we help strangers when there is no obvious benefit to us as individuals. But today in the age when social media and the internet could be seen as a way of bringing people together more than ever, the opposite is happening. Science writer Gaia Vince meets the psychologists, evolutionary biologists and neuroscientists who are studying our built-in human behaviour in groups and asks how their discoveries can guide projects to increase cooperation.

Also on BBC World Service, Mercy Juma reports on an innovative programme in the country’s biggest maximum security jail bringing prisoners and their guards together. In many prisons, relationships between the two groups are tense, even violent. In Naivasha Prison, which houses over 2000 men serving life sentences or awaiting the death penalty, inmates and prison officers are learning to begin to trust each other through participating in a shared Mindfulness programme. Guards and prisoners have meditation sessions together to help develop their own awareness, become more comfortable with vulnerability and improve their ability to communicate with each other.

One of the aspects which makes the Crossing Divides stories so powerful is hearing from individuals and communities who have dared to reach out across the divide, take down their own defences and listen to a different narrative which may challenge values they hold dear, according to season Editor, Emily Kasriel.