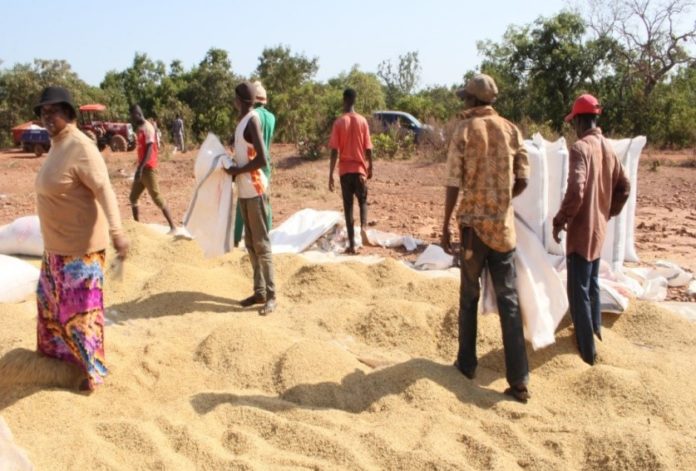 The BBN Co-operative, mainly rice parboilers from Bolgatanga, Bawku, and Navrongo has held its second annual general assembly to discuss issues pertaining to the growth and development of their businesses.

The meeting held in Bolgatanga, the Upper East Regional capital was to also afford members the opportunity to review their bye-laws, agree and adopt them.

The rice parboilers cooperative is a model co-operative established in partnership with Socodevi, a Canadian Non-governmental Organization (NGO) under its ‘Proced’ project.

Mr Frank Yeboah, the Organizational Development Specialist for Socodevi said the Proceed was a five-year Inclusive and Sustainable Model Co-operative Development Programme that aimed at improving the socio-economic statuses of households in three African countries, including Ghana.

He said in Ghana, the Proced through the BBN Co-operative targeted at empowering women in the rice parboiling sector to process paddy rice into parboiled rice and bag the product for marketing.

He said BBN Co-operative since its inception had trained over 1,400 rice par-boilers on improved ways to process rice and also supported them with resources needed for their operations.

He said the Proced Programme, which also focuses on promoting gender equality in society as well as ensuring the sustainability of the environment and natural resources had through the BBN Co-operative organized capacity building sessions for the women in that regard.

Mr Yeboah said it was, therefore, imperative that the rice parboilers from their various districts meet to interact, share experiences and ideas on how they can improve their rice parboiling business as well as sustain the cooperative.

Madam Diana Asunpani, the Vice President of the BBN Co-operative commended Socodevi for helping them to establish as well as sustain the BBN Cooperative.

She said the Co-operative was a great empowerment to their livelihoods as it was helping them generate more income to support their families.

Madam Stella Nyaaba, a Board member of BBN Co-operative said she had benefited a lot from it and urged her colleague beneficiaries to play their respective roles to ensure the growth and development of the association.

Mr Alexandre Robitaille-Lachance, the Country Director for Socodevi, said the NGO was created in 1985 and had since executed over 400 projects in 40 countries located on four different continents.

“In total, Socodevi has supported more than 800 cooperatives around the world.”

He said for three decades, Socodevi had contributed to improving the living conditions of families in developing countries by supporting the creation and strengthening of inclusive, autonomous, profitable, sustainable, and innovative cooperatives.