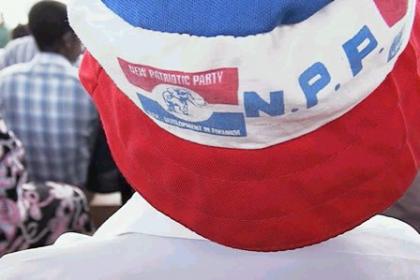 May be, i will describe the situation as vague tantrums and nothing else. I have always held the opinion that characters in the NDC are straight forward and abhor hypocritical posturing when it comes to serious political issues. When Rawlings made the Swedru declaration, with all his huge influence then, some NDC personalities defied all the huge influence the founder had over the Party to openly contest the idea. Konadu Agyemang Rawlings against all odds, openly declared her disagreement with Mills?s second term and openly contested the incumbent President something political pundits described as unprecedented in the annals of our contemporary politics.Though she didn?t succeed leading the the NDP formation, at least it attested to the brevity of the children of the Revolution.

Listening to Honourable Osei Ameyaw, MP for Asuogyaman currently aspiring to contest for the NPP flagbearership slot, I got confused. Until those planning to contest Akufo-Addo state the facts concerning the last election and how Akufo-Addo practically failed them, they should forget their ambition. Why do you contest the person you accept won the last election and denied the Presidency through electoral fraud and supreme court judges manipulations. If that is your position, then allow him to go. Politics is about brevity, courage, truth and purposefulness, if you aren?t courageous enough or have not the mental power to expose that diabolic move by Akufo-Addo and his cohorts of taking the matter to the supreme court to galvanize support to entrench themselves on the Party, then please relax somewhere.

If you aren?t strategic, forget politics. Apraku has stated loud and clear that the man has contributed to the dwindling of NPP votes because of his unattractiveness to the electorate inferring it wasn?t about anything like electoral fraud but genuine rejection what then again are Ameyaw and his friends waiting for to boldly tell the true story. If under civilized democratic environment, these people wouldn?t ever get the slot not even sweepers in their party for helping to deceive their supporters with the supreme court gymnastics.

Today, i can emphatically say those so called Kufuor Boys in the NPP have disappointed the oldman, instead of them courageously standing up to defend the oldmans principles, they are hiding behind the curtains and throwing out the bomb. They aren?t comfortable with the Akufo-Addo political occultism killing sharply the Kufuor influence yet, unable to openly come out to condemn these developments. I can tell you emphatically that, the person who would boldly and courageously challenge the unworkable Akufo-Addo philosophy, will one day emerge the real liberator of the Danquah/Busia tradition.